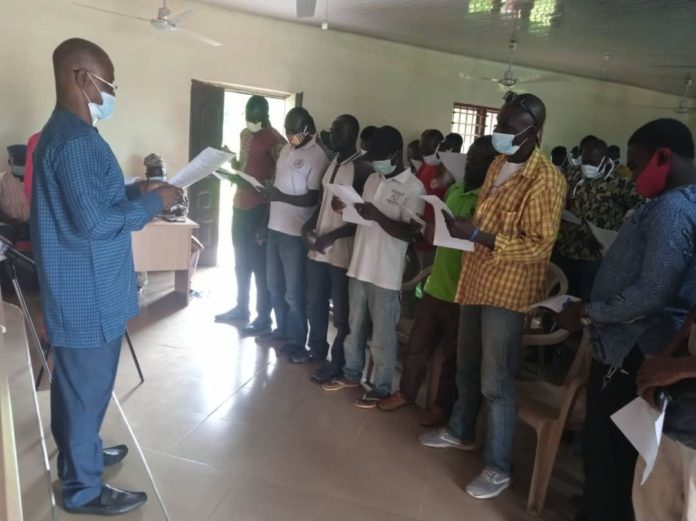 Mr Moses Jotie, the Wa East District Chief Executive (DCE) has promised the Assembly will support its Unit Committee members to function and facilitate the development of the District.

The DCE promised this based on the observation that the lowest tier of the decentralization system, the Unit Committee, had not received the needed attention from stakeholders.

“This narrative, I believe is about to change and must change as my office as well as our Presiding Member will work closely to ensure that our Unit Committees become not just functional but effective”, he said.

“We are positive that we stand to benefit as a people if we support our Unit Committees to succeed as they formed an integral part of the Assembly system”, the DCE added.

On the functions of Unit Committees, Mr Jotie noted that they provided a focal point for the discussion of local problems and made recommendations to the Assembly through the relevant Area Council; and also organised communal and voluntary work especially with sanitation.

They equally mobilized members of the Unit for the implementation of self-help development projects; acted under the guidance of the registrar of Births and Deaths for the registration of births and deaths in the Unit.

Furthermore, they educate the people on their rights, privileges, obligations and responsibilities in consultation with the district office of the National Commission for Civic Education (NCCE); assist persons assigned by the Area Council to enumerate and keep records of all ratable persons and property; and perform other functions that may be delegated by the Area Council or the District Assembly.

Mr Jotie noted therefore that the Unit Committees were the eyes and ears of the Local Government System and were committed to making the people see them as the first point of call with issues that required the attention of the Assembly.

“This will ensure that we get feedback on our developmental projects and programmes on continues basis as well as enable the Assembly pick up early warning signs to prevent conflicts”, he said.

The DCE said the Assembly relied on data for planning and decision making purposes and charged the Unit Committee members to work with the District Planning and Coordinating Unit (DPCU)to undertake the performance review of the District Medium Term Development Plan for 2018-2021 and also prepare the Community Action Plans for the next planning cycle.

Mr Jotie also urged them to work with their respective Assembly members and Traditional Rulers to attract the needed development to the area.

Labour Officers to inspect workplaces across the country