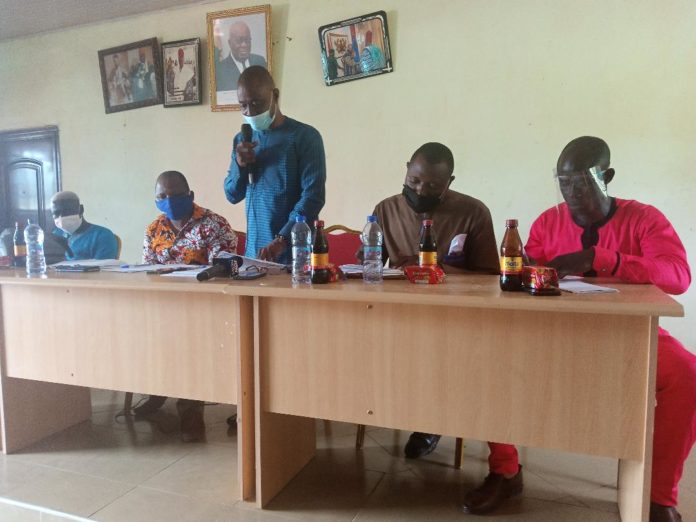 The Wa East District Assembly will train staff of the various Area Councils in the District to enable them to perform their mandate to project the work of the Assembly.

The Assembly is also ready to disburse two per cent of its allocation of the District Assemblies Common Fund to two Area Councils, pending the submission of their Annual Action Plans and Budgets.

Mr Moses Jotie, the Wa East District Chief Executive (DCE), who made this known during the inauguration of the Bulanga Area Council, said the Assembly was ready to make the sub-structures work.

“There is a lot we can do if we work together,” he said and appealed to the Traditional Rulers to advise and support the Councilors to enable them to serve their people well.

He noted that the Council would, among other things, help address the challenges of the people so that they do not escalate, serve as the mouthpiece of the Assembly and help reduce rumour mongering due to misinformation or inadequate information.

The DCE expressed gratitude to the past Council members under the chairmanship of Mr Mahama Jackalia for their priceless service to the district, stressing that “the Bulenga Area Council lived up to expectation both in the Area of revenue mobilization and the execution of programmes and projects”.

Mr Jotie noted that the achievements were possible because of team-work from stakeholders, including the Traditional Authorities.

He urged the newly-inaugurated Council to emulate the example of its predecessor and work together to bring development to the area.