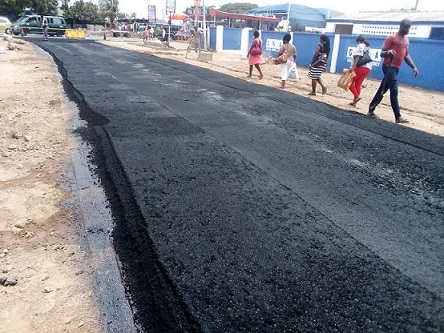 Dr Hafiz Bin Salih, the Upper West Regional Minister has reassured the Sissala community of the commitment and resolve of the Akufo Addo government to fix the deplorable roads network before the end of 2024.

He was speaking during the opening of an office by the Sissala East Member of Parliament and a town-hall meeting in Tumu.

Dr Hafiz Bin Salih said, “Before election 2024, I want to assure the people of this area that the government of Nana Addo Dankwa Akufo-Addo will ensure that we have a tarred road right from Wa through Tumu to Bolgatanga”.

He said during the visit of the Minister for Roads and Highways a few months ago, “I appealed to him that, the contractor working on the Hain to Tumu highway was moving at a slow pace, which I recommended for the contract to be terminated, and my advice has been taken on board”.

The minister announced that the Public Procurement Authority had given permission for the contract to be re-awarded to five new contractors and that the assurance was that before 2024 the road will be tarred to link the only two regions that are not joined by tarred road.

“When this is done I assure you the road will be completed before 2024”, the minister said and that the contractor working on the Chuchuliga to Tumu stretch was on course but that pressure was still mounted on him to speed up.