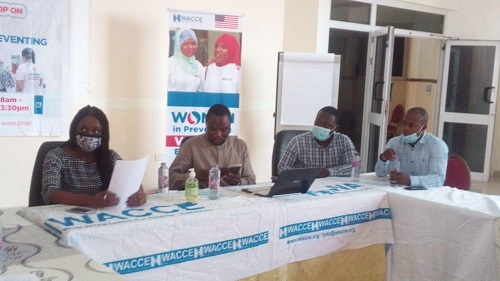 The West Africa Centre for Counter-Extremism (WACCE), a Non-Profit Organisation focused on counter-terrorism research in West Africa, is set for a two-day capacity building workshop for women in Tamale, Wa and Bolgatanga on the prevention of violent extremism in their jurisdictions.

The programme is part of the Empowering Women in Preventing Violent Extremism in Ghana project, funded by the US Embassy, to sustain the country’s peace and national stability.

He said there was the need to take adequate measures to avoid the reality of terrorism.

He said the programme was targeting women because they were seen to be the best to nurture for the prevention of radicalisation and the ability to shape behavioural patterns and character development of individuals.

“Women with adequate knowledge and training on Preventing Violent Extremism (PVE) can affect a huge positive change in the lives of vulnerable individuals,” he added.

The Organisation seeks to train women in border communities due to frequent interaction with other West African countries, who were already threatened by terrorism and its adherent activities.

The Director said the threat of violent extremism and attacks in Burkina Faso, Mali and Niger had increased since 2016, making Ghana a potential target of radicalisation attacks in West Africa.

Mr Muqthar said the organisation’s programmes were intended to uncover the underpinnings of radicalisation and violent extremism to support state and regional counter-terrorism policies.