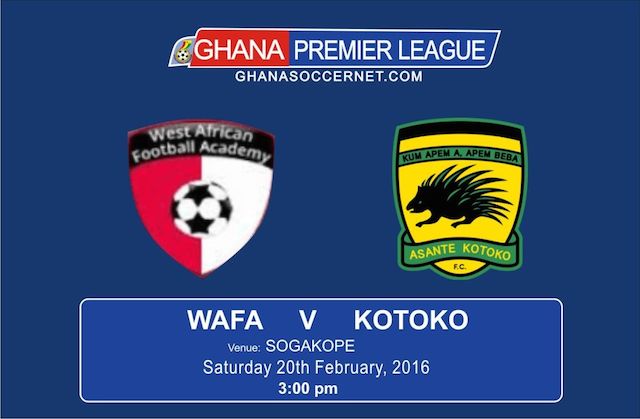 Giants Asante Kotoko are determined to make their off-season form count when they travel to Sogakope to face a plucky WAFA side on Saturday in the Ghana Premier League opener.

But the Porcupine Warriors will be missing some key players Dauda Mohammed, Frank Sarfo Gyamfi, Emmanuel Asante and Kwame Boateng who sparkle in pre-season games.

Midfielder Jackson Owusu, who broke his leg on Sunday while playing football with his friends, has been ruled of the season.

The academy side will miss the services of talented midfielder Majeed Ashimeru who is battling an ankle injury.

Last season’s first choice goalkeeper Felix Annan, who had a successful loan spell, has rejoined his parent club and named in the 18-man squad of the visitors.

Veteran goalie Philemon McCarthy is in contention to return to the topflight after two years out.

*WAFA are unbeaten in their last two league fixtures against Asante Kotoko.

They have one win and one draw.

*Asante Kotoko were team with most away wins in the Ghana Premier League last season. Five wins.

*West African Football Academy have never lost at home to Asante Kotoko in the league before.

*The Academy side lost only once at home in the league last season.