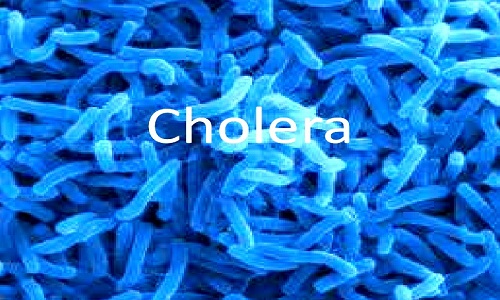 The training forms part of measures to eliminate cholera from the West African sub-region by equipping the stakeholders to institute efficient response measures, identify hotspots of outbreaks and change attitudes towards hygiene, and sanitation among others.

In an interview with the media, Dr. Francis Chisaka Kasolo, the WHO representative for Ghana, said the intent of training stakeholders in the health sector was to “bring a new understanding” on what must be done to eliminate cholera from the continent, particularly the West African region where it occurred frequently.

According to WHO, cholera outbreaks worldwide posed huge threat to health security with an estimated four million cases and 143,000 deaths annually.

It said Africa accounted for the highest burden of cases with West Africa contributing to the bulk of the cases over the past few years.

“We need to have our health workers to be aware of how to manage these cholera cases to reduce the number of deaths, ”he stated.

Dr. Kasolo said apart from health stakeholders, the training would also engage other sectors, including local communities, faith based groups, and schools towards attaining WHO goal to eliminate cholera worldwide by 2030.

“One of the things we ought to be emphasising on is how the community get better informed and prepared to identify any case of cholera that may be hovering because, in so doing they will prevent the spread and subsequent deaths from cholera, ” he said.

He said the workshop would engage Ghanaian stakeholders responsible for water and sanitation to address the issue of contamination resulting in diseases.

He said the training would also address gaps in the decentralisation of cholera-related medical supplies to affected areas of outbreaks in order to facilitate swift and adequate response measures to halt further spread.

Dr. Solomon Gayoni, the Secretary-General of the Ghana Red Cross Society, shared some experiences and responses of his outfit in managing outbreak of cholera in Ghana in 2014 to encourage the participants from countries, including Nigeria, Sierra Leone, Ghana, and Togo.

He said: “Partnering with Government and the Ghana Health Service, we trained and deployed 400 volunteers across the country to convey simple messages focusing on health and hygiene promotion. We also treated water at household levels, disinfected water sources and sanitation facilities together with the use of oral rehydration kits as well as referrals to health facilities during our house to house campaign. ”

Dr. Gayoni explained how lessons learnt from previous outbreaks in Ghana informed their policies, including the training of 200 National Disaster Response Teams across the country, which would be the first point of call should there be a possible outbreak.

In 2017, the Global Task Force for Cholera Control released the global roadmap to reduce related deaths by 90 per cent and eliminate disease transmission in 20 countries by 2030.

Despite efforts by the Global Task Force for Cholera Control to support countries to implement the strategic documents, recent assessments done at the end of 2021 indicates that preparedness and readiness to detect and respond to cholera outbreaks is limited in most countries.

Zugu community in the North appeal to stakeholders for school building