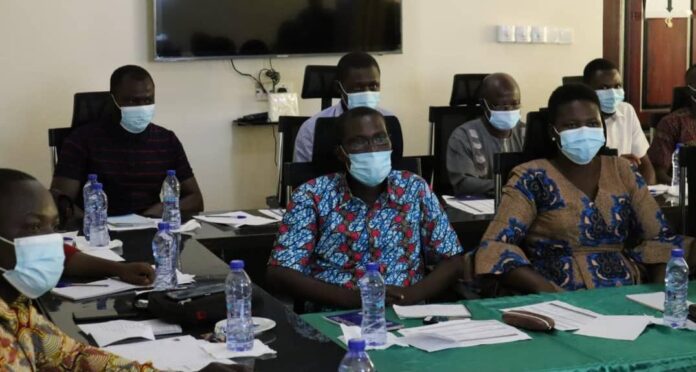 The West African Network for Peacebuilding (WANEP), has built the capacity of its staff to broaden their knowledge and expertise on conflict analysis and management modules.

The two-day training, held in Tamale, was also to enhance their skills in monitoring and gathering accurate reports on conflict situations in hotspot areas to support authorities in preventing and managing possible occurrences.

Mr Albert Yelyang, National Network Coordinator of WANEP, who spoke during the training, said it was necessary to equip the organisation’s staff with relevant techniques and tools needed to boost their level of awareness and understanding of conflict situations in its identified hotspot areas.

Mr Yelyang said “We are building the capacity of our staff and other stakeholders we work with so that everyone has an appreciation of the changing dynamics of conflicts and how they can contribute to its management.”

He said conflicts dynamics had changed over time with emerging global health issues such as COVID-19, adding it was, therefore, vital to keep staff abreast of modern skills in analysing and proactively managing conflict situations in the country hence the training.

He urged participants to use the knowledge gained to produce evidence-based data that would inform national policy direction on ensuring peace and stability in the country.

Mr Edward Jombla, Regional Analyst at WANEP noted that ensuring peace and tranquillity in the country was a collective responsibility of everyone hence the training to empower staff of WANEP to generate accurate data that would support the government’s efforts to maintain stability in the country.

Mr James Zanu, a WANEP reporter in the Greater Accra Region, who benefited from the training, expressed satisfaction about the topics they were taken through saying the training would guide them to diligently do the work as expected of them.