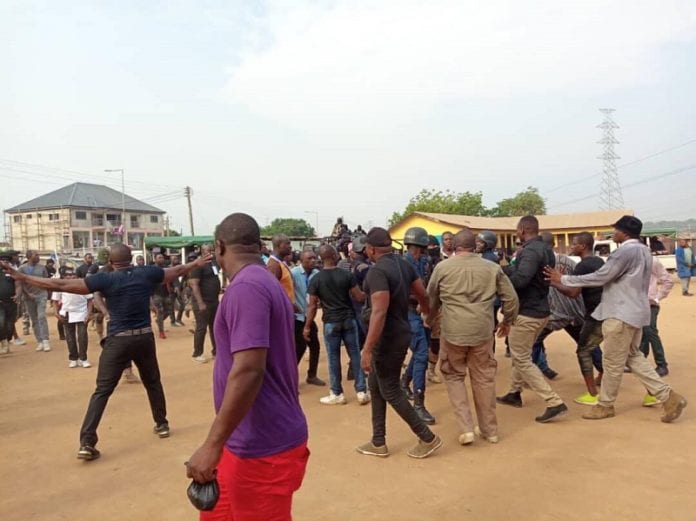 The programmme, funded by the Canadian High Commission in Ghana, was to equip stakeholders particularly, interparty youth and women with the knowledge and understanding on election violence, early warning signs and how they could be involved to respond swiftly to avoid escalation.

The workshop formed part of series of engagements WANEP would be having with major stakeholders towards contributing to a peaceful general election in 2020 and afterwards and was on the theme, “Strengthening Elections Conflict Early Warning and Response System for Elections 2020.”

Mr Albert Yelyang, the National Network Coordinator of WANEP, in an interview with the Ghana News Agency on the sidelines of the training programme explained that the dynamics of Ghana’s democratic dispensation especially during and after elections was challenging.

“Right after elections there are dynamics that unfold, you will see that there are interferences in the appointments by members of political parties, attacks on individuals who meritoriously are occupying certain positions and attacks on property and many more,” he said.

That does not allow governments to settle quickly and usually brings about a halt in development and economic progression, he added.

He said elections in the country were keenly contested and signals picking from the ground indicated that the 2020 election was going to be even more competitive, therefore there was the urgent need for all stakeholders to play critical roles to addressing the challenges that undermine the electioneering processes.

Mr Yelyang explained that the workshop was seeking to build the capacities of stakeholders to contribute significantly to creating an enabling environment for all persons including; women, youth and persons with disabilities to participate fully in the electoral processes without any intimidation.

He indicated that the project would contribute to strengthen mechanisms to deal effectively with election conflict early warning signs and form strategic response system to avert violence in 2020 general election.

He advised the youth to be tolerant and abstain from activities that would lead to election violence.

Ms Diane Tisdall, the Senior Liaison Officer, Canadian High Commission, said the Government of Canada through its High Commission had over the years supported small scale but impactful projects to promote inclusiveness and development.

She said Ghana had established itself as the beacon of democracy in Africa and therefore all efforts must be geared at cementing the gains and creating enabling environment for all parties and persons to participate in elections.

She reiterated her outfit’s commitment to creating an environment conducive for vulnerable groups like the youth, persons with disabilities and women to thrive.

The engagement brought together representatives from religious women groups, youth groups from various political parties, security services, state institutions, persons with disabilities and the media among others.