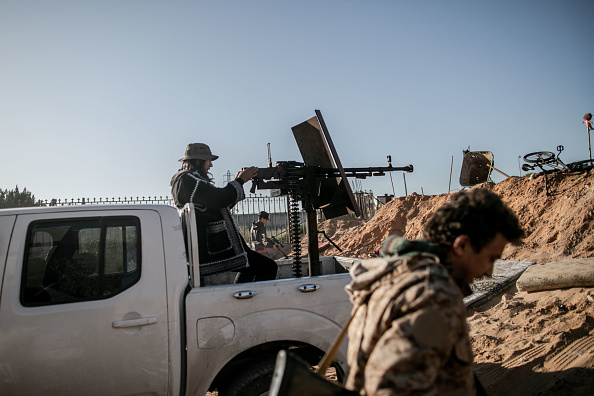 War crimes and crimes against humanity have been committed in Libya by all parties to the conflict, including foreign mercenaries, according to the report by the United Nations Independent Fact-Finding Mission on Libya, published on Monday.

The report has assessed the actions of the parties to the armed conflict in Libya starting from 2016, based on documents and interviews of over 150 people, as well as results of investigations in Libya, Tunisia and Italy.

“Our investigations have established that all parties to the conflicts, including third States, foreign fighters and mercenaries, have violated international humanitarian law, in particular the principles of proportionality and distinction, and some have also committed war crimes,” Mohamed Auajjar, chair of the mission, said in a statement.

The hostilities in Tripoli in 2019-2020 killed dozens of civilians and disrupted citizens’ access to health care and education, the report found. At the same time, anti-personnel mines left by mercenaries in residential areas killed and maimed countless citizens, the mission noted.

Additionally, the investigation registered gross violations of the rights of arrested and internally displaced persons, migrants, refugees and asylum seekers.

“Migrants, asylum-seekers and refugees are subjected to a litany of abuses at sea, in detention centers and at the hands of traffickers. Our investigations indicate that violations against migrants are committed on a widespread scale by State and non-State actors, with a high level of organization and with the encouragement of the State — all of which is suggestive of crimes against humanity,” Chaloka Beyani, a mission member, stated.

The mission also reported cases of violence in Libyan prisons, saying those arrested were tortured and denied family visits. The scale of such crimes allows them to be classified as crimes against humanity, independent experts said.

The mission has identified individuals and groups, including foreign actors, who might be responsible for violations, abuses and crimes committed in Libya since 2016. This list remains confidential, but it will be published or transmitted to the judicial authorities if necessary.

The civil war between rival Libyan political factions lasted for almost a decade, until they managed to negotiate a ceasefire under the auspices of the UN in Geneva last October. In early February, the Swiss-hosted round of intra-Libyan talks led to the formation of the Government of National Unity, which will be in charge until the general election, scheduled for December 24.

We are bridging female gap in TVET – CAMFED

Education, employment sector will be transformed through TVET – Minister

SNV committed to creating and promoting green businesses in Ghana

MCE says EKMA is committed to investing in healthcare