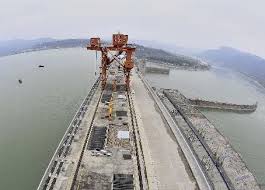 The China International Water and Electric Corporation with support from the Ministry of Energy and Petroleum is to construct a 60 megawatts of hydroelectric power plant at Sekyere Himang in the Wassa East District.

The project which is expected to be completed within three years is valued at three million US dollars.

The project was disclosed during a public hearing at the Wassa East District Capital Daboase. Representatives from the Energy Ministry, Ghana Water Company, Environmental Protection Agency (EPA) and traditional authorities from the various communities met with residents who will be affected by the project on Thursday to discuss the effects and benefits of the project.

One thousand five hundred hectors of land have been acquired by the China International Water and Electric Corporation for the construction of which one thousand six hundred and fifty residents will be displaced.

The Director of Power at the Ministry of Energy and Petroleum, Ing. Stephen K. Doku in an interview said it is a government owned project which aims at reducing the erratic power supply in the country. He said the ministry is in talks with the central government to secure fund to commence the project. He added that the affected residents will be duely compensated.