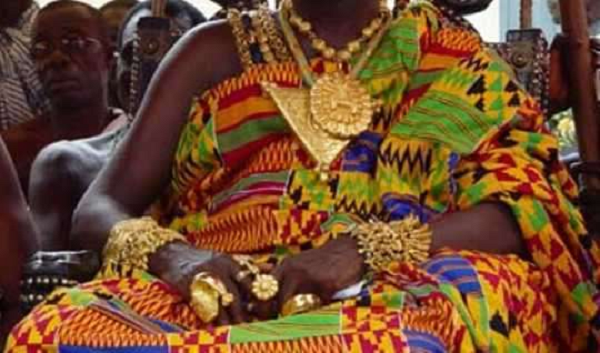 The Acting President of Wassa Fiase Traditional Area, Nana Kwesi Attobrah II, has called for rapid and peaceful resolution of longstanding chieftaincy disputes in the Traditional Council as they retard progress.

He said the absence of a substantive president for the Traditional Council in the wake of emerging land and chieftaincy disputes posed a major challenge to the area.

Nana Attobrah II, who made this known when he addressed the last Traditional Council Meeting for 2019 at Tarkwa, pleaded with members to assist in ending any brawl before the New Year.

He said the Council would sponsor some members to pursue Masters Programme in Chieftaincy and Traditional Leadership Studies at the Kwame Nkrumah University of Science and Technology so as to contribute effectively to the activities of the Wassa Fiase Traditional Council.

He said even though the Wassa Fiase Educational Fund had come to a halt due to its locked-up fund in Gold Coast Fund Management, the Traditional Council managed to offer financial assistance totaling 60,000 Ghana Cedis to some students.

The Council also presented 30,000 Ghana Cedis and a multi-purpose printer to support Fiaseman Senior High School and another 10,000 Ghana Cedis to the Tarkwa Nursing and Midwifery Training College for expansion works.

He said the Tarkwa Palace had been renovated and furnished to house the Omanhene Katakyie Ntsiful Essel V and his sub chiefs during council meetings to cut down the high cost of accommodating them.

Nana Atobrah said the Council, within the year, had a meeting with the Minster of Chieftaincy and Religious Affairs, Mr Kofi Dzamasi, on illegal mining and Government’s intention for introducing community mining programmes.

According to him the meeting featured the Deputy Western Regional Minister, Deputy Regional Police Commander, Municipal Chief Executive for Tarkwa-Nsuaem and other opinion leaders.

They pledged their support in the fight against illegal mining and to promote the community mining programme.

He said they also met with the operation vanguard team to ascertain their activities and concluded that the operation was helpful to the communities.

He said the team promised to address their concerns, which included allegation of foreigners operating in their forest reserves.

Nana Atobrah mentioned some projects the Council intended to execute like purchasing a mini-bus and a generator, drilling at least four mechanised boreholes and revamping the Wassa Fiase Education Fund.

He expressed appreciation to the members for their support and asked them to take stock of their actions and inactions for the period and improve on their performance where they fell short.

Mr Gilbert Kennedy Asmah, the Municipal Chief Executive for Tarkwa-Nsuaem, and the Member of Parliament for that constituency, Mr George Mireku Duker, briefed the chiefs on completed projects and those that were ongoing and future ones within the Municipality.

The chiefs said such meetings must be organised often in order to bridge the communication gap between the traditional authorities and the Assembly.