News Ghana
Home Multimedia Video Watch How It All Happened: The Man Pushed To His Death

A young woman pushed an unsuspecting man to his death under an oncoming subway train in Queens on Thursday night, the police said, the second time a commuter had been fatally thrown to the tracks in less than a month.

The attack on Thursday was around 8 p.m. at the 40th Street-Lowery Street station in Sunnyside, Queens, where witnesses said the young woman had been pacing the platform, mumbling to herself.

She stopped pacing and took a seat on a wooden bench at the end of the platform, witnesses told the police.

?When the train pulled into the station, the suspect rose from the bench and pushed the man, who was standing with his back to her, onto the tracks into the path of the train,? the police said in a statement. ?The victim appeared not to notice her.?

The train was already barreling into the station and the man had little time to react and bystanders had no time to go to his aid, said Paul J. Browne, the Police Department?s chief spokesman.

The victim was hit by the first car and his body was pinned under the second car before the 11-car train came to a stop.

As of Friday morning, investigators were still unable to determine much about the victim from his body beyond his gender, the police said. He had not been carrying identification.

The police were also still searching for his assailant. They released a grainy black-and-white video overnight showing a person they identified as the woman fleeing the station and running along Queens Boulevard. She was described by the police as Hispanic, 5 feet 5 inches tall, in her early 20s and heavyset. She was reported to be wearing a blue, white and gray ski jacket and Nike sneakers ? gray on top, red on bottom.

The subway station was closed overnight as officers from the Emergency Services Unit used specialized inflatable bags to lift the train and recover the victim?s remains. The No. 7 line resumed normal service by the morning rush hour.

Mayor Michael R. Bloomberg said such attacks were exceedingly rare, but he understood how statistics did not diminish the tragedy for the families of the victims.

?To say it?s only two in a long period of time doesn?t help either person,? Mr. Bloomberg said during his weekly radio interview on Friday morning. ?I don?t know what happened here.?

In the other subway-pushing case this month, Ki-Suck Han, 58, of Elmhurst, Queens, died under the Q train at the 49th Street and Seventh Avenue station on Dec. 3. Naeem Davis, 30, has been charged with second-degree murder in that case. A lawyer for Mr. Davis said his client had been trying to push Mr. Han away after an altercation.

For the millions of commuters who travel on New York City?s subway trains every day, the thought of being thrown onto the tracks is a fleeting fear at most. But each time there is an attack, people tend to stand a little farther from the tracks, at least for a little while. That was especially true after the attack on Mr. Han, after The New York Post published a front-page photo of him on the tracks moments before his death.

In 1999, two very similar attacks ? with mentally ill people pushing unsuspecting victims into the path of oncoming subway trains, one fatally ? led to legislation giving families the right to demand court-ordered outpatient psychiatric treatment for their relatives. Known as Kendra?s Law, it permits state judges to order closely monitored outpatient treatment for seriously mentally ill people who have records of failing to take medication, and who have been frequently hospitalized or jailed or have exhibited violent behavior.

The law was named for Kendra Webdale, 32, who was pushed to her death by a young man, Andrew Goldstein, who had gone off medication he was taking for schizophrenia.

The police said they had not discovered any link between the victim and the attacker in Thursday?s pushing case.

?We haven?t determined whether it was random or if there was some connection yet,? Mr. Browne said. ?But there was nothing from what the witnesses could see to indicate that they knew each other and he did not, according to the witnesses, appear to realize that she was approaching.?

Outside the elevated station on Thursday night, multiple police vehicles gathered, and local residents braved frigid conditions to huddle on corners and discuss the act of violence in their midst. Three police trucks sat lined up at the station, lights flashing against the backdrop of a string of white Christmas lights.

Giovanni Briones, 44, the owner of the Oasis Restaurant on 40th Street and Queens Boulevard, said the police were able to obtain clear images of the attacker from his 24-hour cameras pointed toward the subway stairs.

?She jumps from the stairs and she just runs,? Mr. Briones said, describing the video he provided to detectives. He said he did not recognize the woman.

?I?m sure they are going to get her,? he said. ?There are a lot of sick people out there ? mentally ill. It?s very sad.?

Residents in the area were still shaken, he added, by an episode in the summer in which a man killed his wife and jumped from the tracks at the same subway stop.

In the restaurant on Thursday night, a woman who had not heard from her husband anxiously described him to a police officer. She was overwhelmed with relief when he called a few minutes later.

Mr. Briones said one of his regular customers had been on the train. She told him later that ?she felt a bump as the train ran over the man.? 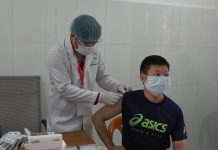 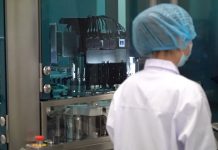 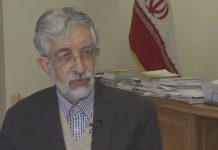 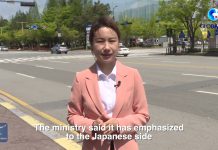 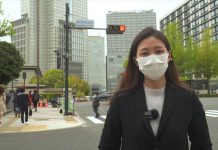 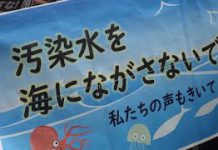 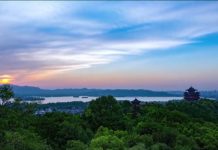