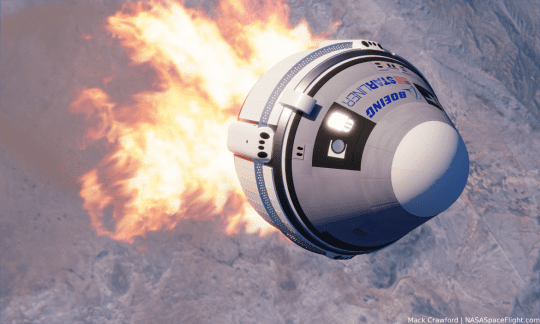 The test is a forerunner to NASA bringing human spaceflight back to U.S. soil for the first time since the space shuttle program ended in 2011. Since that time, the United States has relied on purchasing seats in Russian Soyuz capsules to reach the International Space Station.

The abort test will attempt to verify that Starliner’s engines and thrusters are capable of firing in the event of an emergency while astronauts are sitting on the launch pad. The test is designed to carry the capsule a mile high and a mile north of the test site.

Parachutes are designed to drop the capsule back to earth, with airbags to ease landing on the desert surface.

NASA and Boeing will broadcast the test live on NASA TV from Launch Complex 32 at the missile range, starting at 8:50 a.m. There is a three-hour window in case of delays.

Starliner is part of NASA’s Commercial Crew Program to develop flights to the space station through a public-private partnership.

Boeing is basically competing with SpaceX, which has been testing its Crew Dragon capsule.