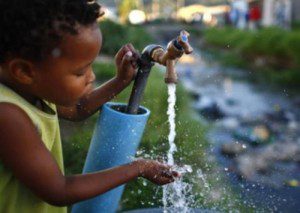 Experts in the water sector have projected potable water supply coverage rate in the Wa Municipality to hit 90 percent average by 2016. This means no resident in the Municipality would travel more than 500 meters to access water when this projection becomes a reality.

Current water coverage in the Municipality stands at 60.06 percent and this is expected to increase to 90 percent by 2016 when the Wa Urban Water Expansion Project and the drilling of 40 additional boreholes are completed and brought on board.

Interacting with the media on Monday Mr. Emmanuel Opoku, Regional Director, Ghana Water Company, said the Project would produce about 230 million gallons of water a day and would increase water coverage in Wa to more than 100 percent.

Mr. Opoku said 260 new customers had been connected in the Municipality, adding that there was no more water rationing especially where the Ghana Water Company had its distribution networks.

He advised the public to avoid applying for connection individually but rather group connection in order to cut down on cost.

Mr. Worlanyo Siabi, Upper West Regional Director, Community Water and Sanitation Agency (CWSA), said drilling of the 40 new boreholes would help push up rural water coverage in the Municipality to about 82 percent when brought on board by end of the year.

Mr. Issahaku Nuhu Putiaha, the Wa Municipal Chief Executive, said the Municipal Assembly and for that matter government together with its partners such as the World Bank and WaterAid was poised to make potable water easily accessible in the Municipality.

He said these interventions would not only ensure a 24-hour flow of water to households in all parts of the Wa but would also reduce the current one borehole to 270 persons ratio to one is to 230 persons ratio among rural communities within the municipality.