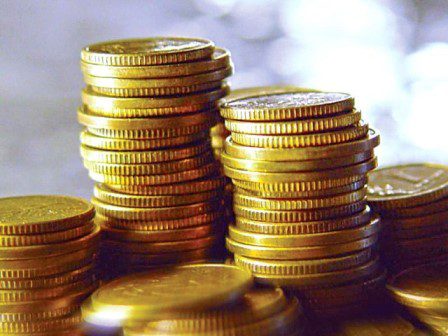 Every company, to a larger extent, manipulates its numbers to a certain extent to make sure budgets balance, executives score bonuses, and investors continue to offer up funding. Such creative accounting is nothing new. However, factors such as greed, desperation, immorality, and bad judgment can cause some executives to cross the line into outright corporate fraud.

In America, Enron, Adelphia, and WorldCom are extreme examples of companies who cooked the books claiming billions in assets that just did not exist. They are exceptions to the rule. Again, in the USA, Regulations such as the 2002 Sarbanes-Oxley Act, a federal law that enacted comprehensive reform of business financial practices aimed at publicly held corporations, their internal financial controls, and their financial reporting audit procedures, has reigned in wayward companies to a large extent.

However, investors should still know how to recognize the basic warning signs of falsified statements. While the details are typically hidden, even from accountants, there are red flags in financial statements that can point to the use of manipulating methods.

One way to accelerate revenue is to book lump-sum payments as current sales when services are actually provided over a number of years. For example, a software service provider might receive an upfront payment for a four-year service contract but record the full payment as sales for the period that the payment was received. The correct, more accurate, way is to amortize the revenue over the life of the service contract.

AOL, an American web portal and online service provider, was guilty of delaying expenses in the early 1990s when it was first distributing its installation CDs. AOL viewed this marketing campaign as a long-term investment and capitalized the costs, that is, it transferred them from the income statement to the balance sheet where the campaign would be expensed over a period of years. The more conservative (and appropriate) treatment is to expense the cost in the period the CDs were shipped.

It may appear counterintuitive, but before a merger is completed, the company that is being acquired will pay, possibly prepay, as many expenses as possible. Then, after the merger, the earnings per share (EPS) growth rate of the combined entity will appear higher compared to past quarters. Furthermore, the company will have already booked the expenses in the previous period.

By accounting for extraordinary events, non-recurring expenses are one-time charges designed to help investors better analyze ongoing operating results. Some companies, however, take advantage of these each year. Then, a few quarters later, they “discover” they reserved too much and put an amount back into income.

5. Other Income or Expense

If a company has a defined benefit plan, it can use the plan to its advantage. The company can improve earnings by reducing the plan’s expenses. If the investments in the plan then grow faster than the company’s assumptions, the company could record these gains as revenue. During the late 1990s, a number of large firms, some of them blue chips, employed such techniques.

A company can create separate subsidiaries that can house liabilities or incur expenses that the parent company does not want to disclose. If these subsidiaries are set up as separate legal entities that are not wholly owned by the parent, they do not have to be recorded on the parent’s financial statements and the company can hide them from investors.

Despite a succession of reform legislation generally corporate misdeeds still occur. Finding hidden items in a company’s financial statements is a warning sign for earnings manipulation. This does not mean that the company is definitely cooking the books or its financials but digging deeper might be worthwhile before making an investment or taking an informed position.

Sam Bediako-Asante, CGIA  is the CEO of Sambed Consult, an Investment/Management Consulting firm. He is also a former Banker, a Chartered Global Investment Analyst, and also presently, a certified and an accredited SA Specialist of the South African Tourism in Ghana.