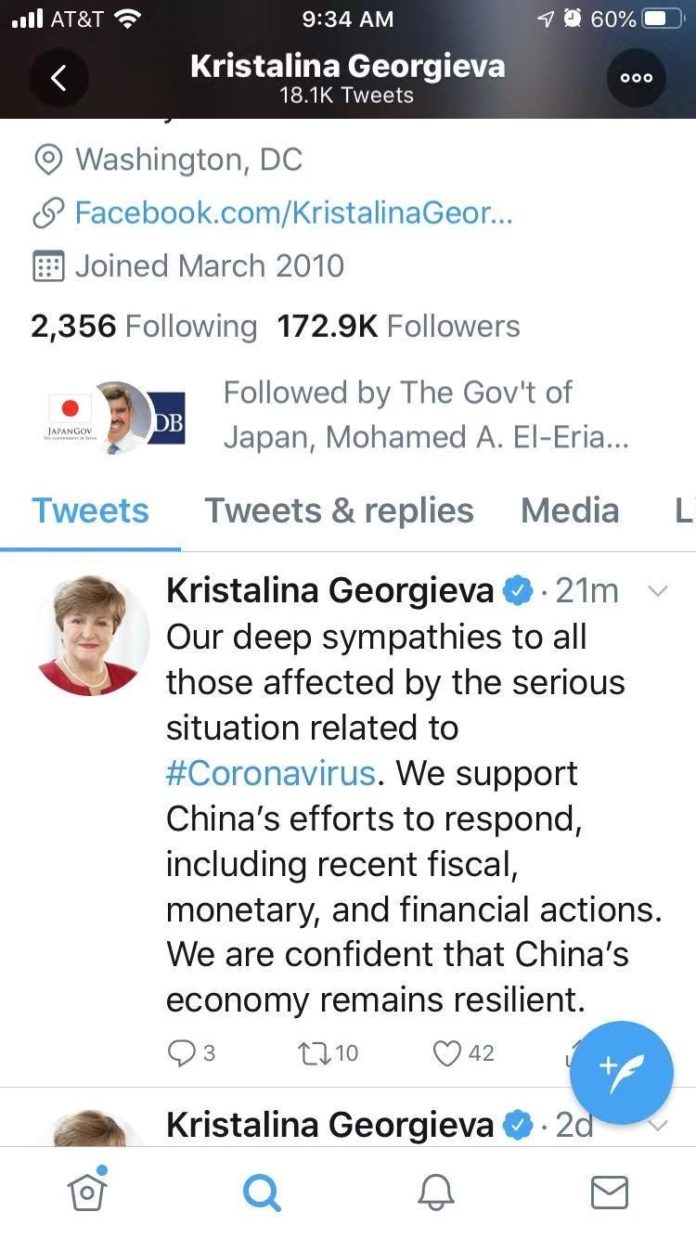 Kristalina Georgieva, the managing director of the International Monetary Fund, said on Twitter, “Our deep sympathies to all those affected by the serious situation related to Coronavirus. We support China’s efforts to respond, including recent fiscal, monetary, and financial actions. We are confident that China’s economy remains resilient.”

At a recent roundtable news conference at the IMF’s headquarters in Washington DC, Georgieva also said the IMF was closely monitoring the situation and would assess its economic impact in a few weeks. While the outbreak may have an impact on China’s economy in the short term, she believes the government has ample policy space to stabilize growth. She argues that the benefits of economic globalization cannot be negated by the risk of pandemic disease. She noted that the benefits of global economic integration in boosting economic growth and improving people’s lives still far outweigh the negative effects.

China’s economy gets off to a steady start in Q1

To drive progress of human civilization with sci-tech innovation