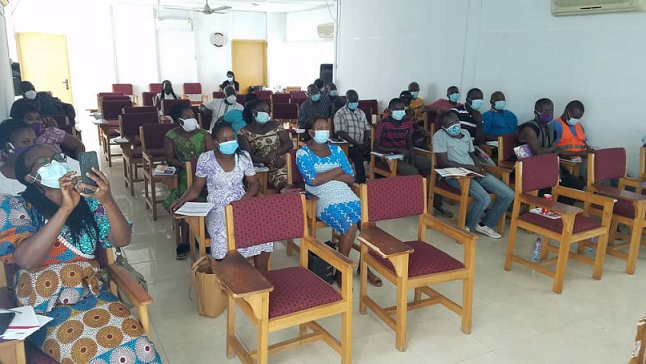 Actionaid, a Non-Governmental Organisation (NGO) is appealing to stakeholders to help activate discussions on the issue of informal sector worker abuses towards providing a safe working environment for all.

Madam Margaret Brew-Ward, a women’s rights advocacy and campaign manager for the Organisation noted that the informal employment sector, which held close to 90 percent of the general workforce, recorded a worrying rate of abuse that should raise hairs on stakeholders.

Speaking to the Ghana News Agency (GNA) at a workshop in Ho, organised by the NGO as part of the UK Government’s Zero Violence Project for Informal Sector Employers, she said government must give priority to the ratification of the International Labour Organisation (ILO) Convention 190, an international standard to safeguard the rights of both formal and informal workers.

Madam Brew-Ward said a research by the Organisation focused on young urban women in the informal sector, exposed the violation of the sexual rights of close to 50 percent, and that ratifying Convention 190 would confirm government’s commitment to its ILO membership.

She said the knowledge and awareness gap was also daunting and stressed on the need for labour offices to be provided in all districts and resourced to play their roles as expected.

“People downplay the magnitude of abuse in the workplace. There is a lack of information on the issue,” Madam Brew-Ward lamented, and said the convention sought to protect all, including; apprentices, and volunteers.

The workshop forms part of a weeklong activity in the Region during, which Actionaid would engage also with employers in the formal sector.

Participants include; representatives of various artisanal groups and associations, whose knowledge around the issue was enhanced.

The employers would be assisted in adopting the sexual harassment policies for their businesses.

Mr Frank Bodza, a facilitator who led a presentation on gender violence, said employers held the responsibility of ensuring that all employees were protected from clients, while the convention demanded protection for the employer also.

He said the government must therefore adopt the policy in accordance with national laws, and strengthen the informal sector component of the labour law, currently under review.

The Labour officer appealed for resources including; logistics to enable the office pursue its mandate.

He told the GNA that the office was immobile and would need a vehicle to reach out and educate.

Mr Terkpetey also appealed for more training partners and workshops to help sanitise the work environment, saying, “The informal sector is interested in knowing more about the law.”