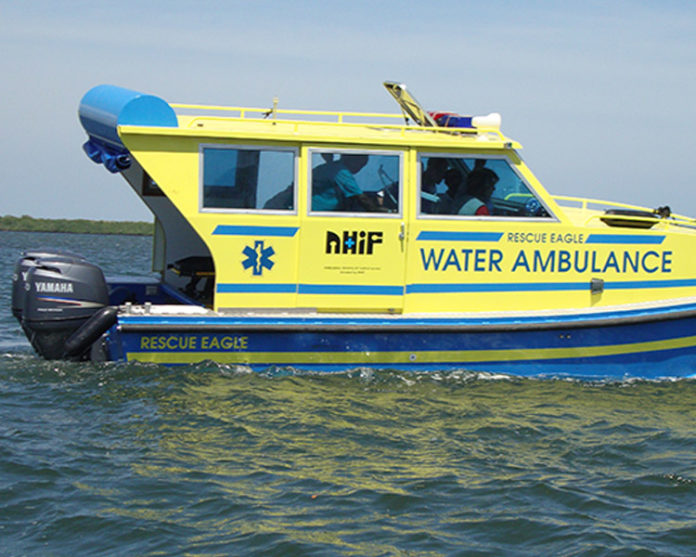 Mr Robert Adatsi, Head of Clinical Services at the Volta Regional Directorate of the Ghana Health Service, has appealed for the provision of boat ambulances to handle emergencies in water bound areas in the Volta and Oti Regions.

He said health emergencies in areas like Nkwanta, and Krachi Districts, Jasikan, Biakoye, Kpando, the Dayi Districts posed challenges to the Health Service.

Mr Adatsi made the appeal at a ceremony to hand over newly procured ambulances to all constituencies in the Volta Region on Thursday.

He said victims of crashes and patients had to either pay for exclusive crossing of the Volta Lake, and the Oti River, which was expensive, or wait for the ferry, and that the provision of boat ambulances would also help referrals.

Mr Adatsi said receiving and managing emergencies was an important component of health delivery, which centred on efficient and critical response structures, including access to ambulances.

He praised Government for the effort, and called for innovative ways of financing the operation of the ambulances.
Mr Adatsi also said the Regional Health Directorate would collaborate with the Ambulance Service to ensure the public benefited.

The Regional Minister called on Municipal and District Chief Executives to take “personal” interest in the management of the ambulances, and ensure that officers and supervisors of the Ambulance Service put the vehicles to the desired use.
He charged drivers to respond promptly to all emergencies, and cautioned them against speeding and reckless driving, saying all must work to keep the ambulances in service for a longer period of time.

Dr John Tampouri, Volta Regional Coordinator of the National Ambulance Service and Acting Chief Executive Officer (CEO) of the Ho Teaching Hospital described as timely, the release of the ambulances to the Region.

He said the Region was leaning on just one of the crucial vehicles, which he said broke down on Wednesday, and that with the arrival of the ambulances, emergency health delivery would be greatly enhanced.

Mr Francis Boye, Regional Director of the National Ambulance Service, said more ambulances would be needed for densely populated areas such as Ho Central, Hohoe, and the Juapong areas.