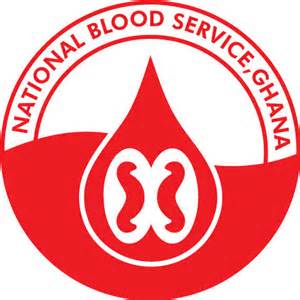 The National Blood Service (NBS) has stressed the need for more Ghanaians especially Family/ Replacement Blood Donors to voluntarily dedicate themselves to blood donation to help the country achieve a hundred per cent voluntary blood donation by 2017.

Currently, only about 44 per cent of donated blood comes from Voluntary Non-Remuneration Blood Donors, while the remaining percentage comes from Family/ Replacement Blood Donors (FRDs).

But there are challenges associated with FRDs because it does not ensure regular and constant supply of blood needed to save lives.

FRDs are people who donate blood because someone they know needs a blood transfusion, or have been transfused.

Mr. Stephen Danso, Senior Blood Donor Recruitment Officer of NBS, made the call on Wednesday at a day’s training workshop organised in Cape Coast by NBS in collaboration with the Olusegun Obasanjo Foundation for executives of Pledge/ Club 25 in the Central Region.

Pledge/Club 25 is a nine -month project being run from October this year to June 2015 to establish a cohort of safe, regular non-remunerated blood donors among the youth, towards the achievement of 100 per cent voluntary blood donation.

It is being piloted within the southern area blood centre, which consists of Central, Western, Eastern, Volta and Greater Accra Regions, with a target to collect 5,000 units of blood within the period.

Mr. Danso said in Ghana, FRD thrived due to inadequate supply of blood from voluntary donors.

He said some challenges of the FRD were that the system was not reliant for emergencies since donors give blood on request, adding their blood do not necessarily replace quantity and types of blood administered.

He said other challenges of the FRD were that, blood may not be readily available when it is urgently needed; coupled with the patient-unfriendliness of the system, which put patients and relatives under pressure to produce blood donors during emergency cases.

Mr. Danso stated that FRDs were targeted to become voluntary blood donors since they made up a huge chunk of the eligible donor population of nearly 50 to 99 per cent of blood donors in Ghana, adding they had overcome the barrier of fear of needles.

Mr. Michael Sottie, Donor Service Manager of NBS, urged participants to adopt the culture of voluntary blood donation instead of focusing on the incentives.