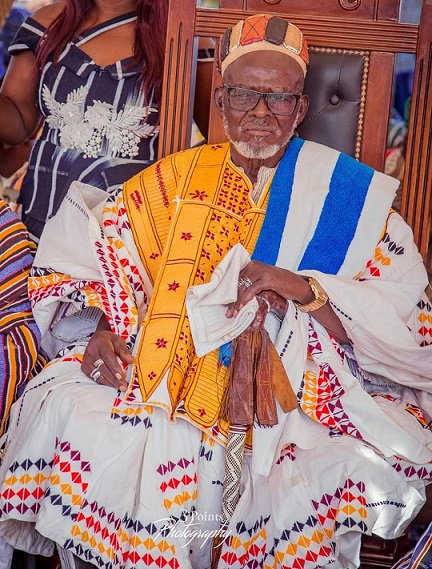 The Paramount Chief of the Bawku Traditional Area, Zug-Raan, Naba Asigri Abugrago Azoka II, says the peace in the area can only be sustained under mutual understanding and co-existence.

In a speech read on his behalf, at the 33rd annual Samanpiid festival of the chiefs and people of the area, the Paramount Chief commended the key actors in the peacebuilding process, “These include the government that initiated the formation of the Bawku Inter-Ethnic Peace Committee, the Municipal and District Assemblies in Kusaug, the security personnel and civil society groups including the Belim Wusa Development Agency (BEWDA).
He also thanked Star-Ghana for its support.

He said all the stakeholders played various roles to reinforce the peace efforts before, during, and after the just ended Presidential and Parliamentary elections to the surprise of skeptics about the fragile peace in Bawku.

He said the elections ended well and thanked the people for taking part in the process in a peaceful manner, adding “The existence of many political parties does not mean we should divide and destroy our unity. It only allows us to choose development.”

According to the Paramount Chief, peacebuilding was not an event, but a process, saying “Given that, I urge all to come together with the mutual understanding that will help us to co-exist peacefully in the traditional area so that collectively, we can help develop Bawku.”

He urged all in the area to put their political differences behind them and strive to unite to develop the traditional area in peace.

The Zug-Raan thanked the outgoing and incoming Members of Parliament for the area for their contributions to the area over the years and urged them to work together for continuity and the development of Kusaug as one people.

He reminded the people of the area that the Chieftaincy institution was noble and admonished all Chiefs to desist from partisan politics of any kind, as any negative attitude in that respect was likely to polarise their communities and plunge them into conflicts which would deny them the development they so desired.

“I wish to also use the opportunity to call on my Chiefs to handle land disputes in their communities very well and ensure that the poor are not denied the rightful ownership of their lands.”

Naba Azoka II thanked the government for its development programmes and policies and appealed for the completion of all township roads in the Bawku Municipality, and the construction of by-pass roads as early as practicable before the rains set in.

The festival was on the theme: “Mutual understanding, and co-existence; A key to enhancing peace for the development of Kusaug.”