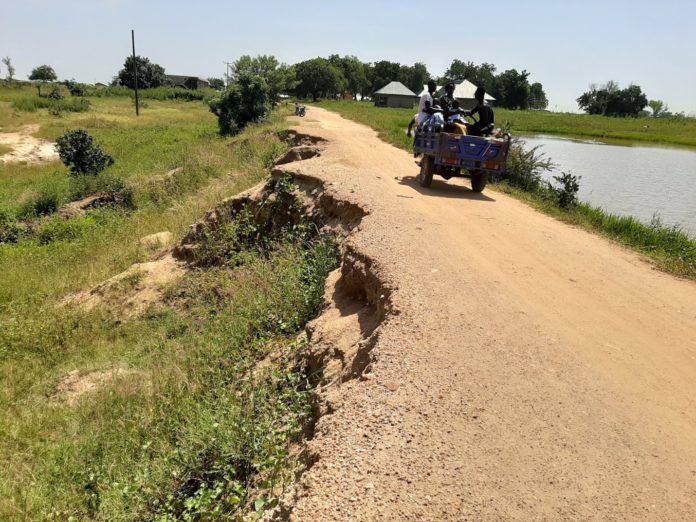 Residents of Kandema, a community in the Builsa North District of the Upper East Region are appealing for extension of electricity and construction of boreholes in the area for health care delivery and domestic purposes.

The residents attributed the poor health care delivery in the area to lack of electricity, which compels health professionals to stay at Sandema, the District capital and commute daily to the only Community-based Health Planning and Services (CHPS) compound in the community to render services.

According to the residents who mobilized to build the only CHPS compound in the area with some support from the Member of Parliament for the area, health professionals vacated the facility after 1400 hours and travelled back to Sandema, a distance of about 15 kilometres.

“Any member of the community who falls sick after the said time has to be transported by motorbicycle or tricycle, on a narrow road which is eroded by recent heavy rains that caused flooding in some communities in the Upper East and North East Regions.”

When the Ghana News Agency (GNA) visited the community on Tuesday, at 1100 hours, it was observed that the residents of neighbouring communities such as Debronsa and Akuri-Yeri struggled to cross a broken culvert that linked the community to the Balansa-Bagumsa and Sandema townships.

Tricycle riders who carried passengers from the communities had to navigate their way through the broken culvert and portions of the eroded road.

Madam Awonyeimi Anwandaaba, who was in one of the tricycles, told the GNA that “We the young ladies, especially pregnant women and nursing mothers in this community are suffering. There is no nurse or midwife to attend to us if any of us happens to be in labour at night.

“This light issue coupled with our bad roads is a worry to us, I nearly gave birth to my child on the way when I was in labour and was being transported to Sandema in a tricycle, because of the bad road. We are pleading with the authorities to come to our aid,” she said.

Mr Apoala Akanchalabey, a resident, said “We don’t have potable water to drink, sometimes our children collapse on the farms out of dehydration. We have also lost animals over the years to thirst, especially during the dry season.

“Our property are our animals, if a child falls sick, that is what we sell to settle medical bills and now they are also dying because there is no dam for them to drink from. We are really suffering in this community,” he added.

Mr Mark Anpanfiik Adaatusidi, the Assembly member for the area, noted that “The light situation is affecting the work of nurses, as they stay at Sandema and travel here. Usually at night, we struggle in the dark to transport the sick, mostly pregnant women to Sandema for health care.”

He said apart from the CHPS compound they mobilized to build, they also started a two-bedroom apartment for health staff, which had stalled for lack of funds.