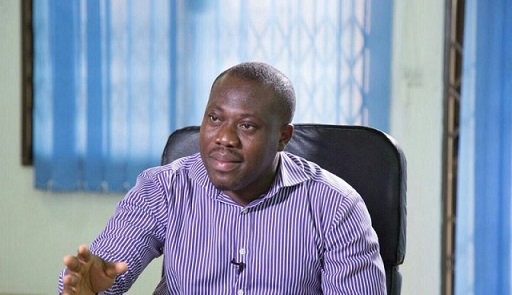 The Ghana Medical Association (GMA) says it does not and will not shield any medical official who engages in criminal conducts.

Reacting to the arrest of eleven health officials and social workers by the Economic and Organised Crime Office (EOCO) for baby harvesting in some health facilities in Accra, Dr Justice Yankson, and General Secretary of the GMA, said such acts were alien to the medical profession.

The GNA on Wednesday reported that two medical doctors, two social workers, four nurses, two mothers and a traditional birth attendant were in December 2020 arrested in a joint operation by the Medical and Dental Council and EOCO, for allegedly stealing and selling two baby boys.

The two doctors are: Dr Hope Mensah Quashie of the 37 military hospital and Dr Noah Kofi Lartey, a medical practitioner with the Obstetrician and Gynaecology department of the Greater Accra Regional Hospital (Ridge hospital). Both doctors operated their own private hospitals.

Dr Yankson said in an interview with the Ghana News Agency (GNA) in Accra on Thursday that the allegations were very serious but the individuals involved must be given a fair hearing in court.

“As it stands now it’s an allegation against the eleven people and no one has been proven guilty yet. What is before us is just one side of the story and the GMA doesn’t have any details beyond what it’s been told by EOCO,” he said.

He said as of now, the GMA has not been able to establish contacts with the said doctors and had not heard anything from their side.

“Assuming without admitting that these allegations are true in it’s entirely, and the persons have no defence, the GMA will never encourage such activities as such acts are strange to the medical profession.”

He said the medical professional training and ethics did not include baby harvesting.

Dr Jackson said the GMA is ever ready to assist in any way if it’s called upon by any competent court of law to assist in the matter.

He said occasionally, the GMA hear complaints of baby stealing, but it had never been able to establish anything of this magnitude officially with enough evidence, saying, “usually you go through the issues and it turns out to be false, they cannot be proven, sometimes it ends up as legal adoption cases.”

He said the Medical and Dental Council and EOCO appear to have cogent evidence on the matter on tape.
“This should serve as a warning to medical practitioners. If anyone consults you on anything which has any element of fraud, don’t engage in it, the GMA will never come to your aid but rather give you up to the law,” Dr Jackson noted.