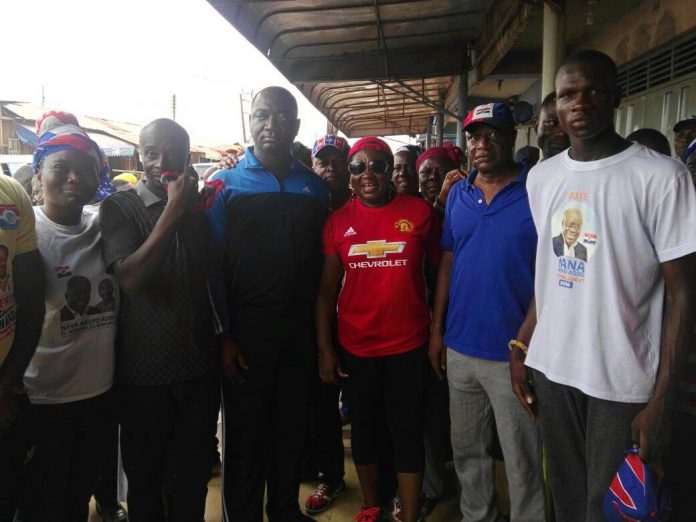 The Deputy Minister for Environment, Science, Technology and Innovation, Madam Patricia Appiagyei has stated government’s determination to stop all illegal mining activities in the country. According to her, it was unthinkable to allow such subcultures to fester, when the very lives of the people depended on the kind of water they drink.

Speaking in an interview, Madam Appiagyei who is also the Member of Parliament for the Asokwa constituency, reiterated government’s readiness to stop every activity that infringes on our water bodies and the environment, at a clean up exercise organised by the Asokwa NPP communications outfit.

She requested that, the public takes health and environment issues seriously since that has a direct bearing on the kind of lives they lead.

She called for regular clean up exercises so as to get rid of filth from our communities.

According to Madam Appiagyei, government can only build a better society when its citizens are healthy and live clean lives.

Mr. Edmund Kyei, the communications director of the Asokwa NPP, also urged the media to continue to highlight issues that affects the environment.

According to him, the public will become fully aware of their responsibilities when such issues are carried up in the media arena.

He also proposed punitive sanctions for those who litter indiscriminately, insisting that such activities contribute to the constant flooding that occurs in most parts of the country.

He, however, commended members of the NPP group for making the pledge of cleaning the Asokwa constituency every holiday, a reality.