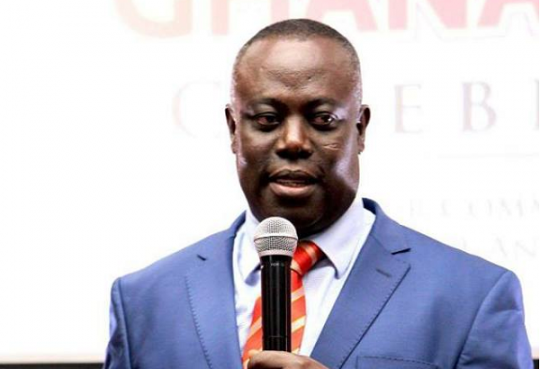 “There is some noise going round that there is an impending LGBTQI conference that is going to take place in Ghana in July. The Church will not allow it to happen, we will kick against it in no uncertain terms,” he emphasized.

He said the GPCC, the Christian Council of Ghana, the Catholic Secretariat, the Traditional leaders and the Muslim Councils saw LGBT as “an abominable act, we are opposed to it, we don’t want it today, we don’t want it tomorrow and we never want it in our system.”

Reverend Professor Frimpong-Manso who said this in a sermon at the Holy Ghost Temple Assemblies of God (AG) Church on Sunday in Bolgatanga when he visited the Region, noted that LGBTQI was a sickness, and people involved in such acts should seek help.

The GPCC President, who is also the General Superintendent of AG Churches in Ghana, and the Board Chairman of the National Commission on Small Arms and Light Weapons, called on all Religious bodies to be on guard and fight against such a “demonic and a satanic menace.”

Touching on this year’s Presidential and Parliamentary elections, Reverend Professor Frimpong-Manso, expressed confidence that God would superintend over peaceful elections before, during and after the elections in Ghana.

He said “Ghana is the only nation that we have, so for God to keep and protect us for 63years, especially this fourth Republic, we have been through a lot of elections and everything has gone on peacefully. It is the doing of the Lord.”

“Certain things have happened in other nations, but Ghana is still intact. May His name be praised. Let’s cooperate with the Electoral Commission, the security agencies, and all the people who matter in this election to make sure that we have a peaceful election,” he said.

The General Superintendent admonished Ghanaians to cooperate with the Electoral Commission for the new voter registration exercise slated for April 18, saying “Please when it is time, do well to register as a responsible citizen.”

“We know there are lots of issues going around, but the good Lord will guard and guide our politicians and the EC to resolve them.”

He urged Ghanaians, especially the youth to be part of “peace makers and not trouble markers,” saying even though there was some tension during the last election, the Upper East Region was always peaceful, “and I believe that it is going to be more peaceful.”

On the impeding National Population Census, Reverend Professor Frimpong-Manso further called on all citizens to take the exercise seriously and allow themselves to be countered as the exercise would help government to know the total population of the country, for development purposes.