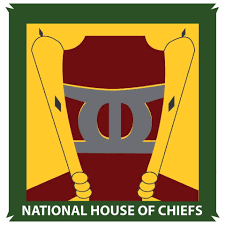 The National House of Chiefs (NHC) say it will strongly resist any attempt to impose foreign cultures that seem to undermine the traditions of Ghanaians.

The chiefs say though they would continue to respect the human rights and opinions of individuals, they would never entertain Lesbian, Gay, Bisexual, Transgender, Queer and Intersex (LGBTQI) in their communities.

A statement signed by Ogyeahoho Yaw Gyebi II, President of the House and issued in Kumasi, said chiefs in Ghana would never support or accept same sex marriages in their communities.

“As traditional leaders and for that matter, custodians of our lands, we will never support, accept or condone such practices.

As much as Nananom would continue to respect the human rights or opinions of individuals, Nananom will never entertain LGBTQI in our communities,” they emphasized.

According to the statement, nowhere did the Ghanaian culture subscribe to LGBTQI, which was a taboo, inhuman and alien to the Ghanaian society.

It said God created man and woman to fulfil the procreation of humans on earth to satisfy God’s will.

“The symbolism for sex marriage was between man and woman, as such the idea of man marrying man and woman marrying woman is an abomination to our tradition and culture as Ghanaians,” the statement pointed out.

The statement urged the government never to succumb to any external pressure in the name of bilateral relationship.

It however, appealed to Ghanaians not to take the law into their own hands by burning, lynching, molesting or visiting mayhem on suspected gay or lesbian couples, but rather, report such individuals to the law enforcement agencies for the necessary action to be taken.

On the issue of COVID-19, the NHC commended the government for its rapid response by ensuring the availability of vaccines in the country and appealed to everybody to avail themselves of the upcoming covid-19 vaccination exercise.