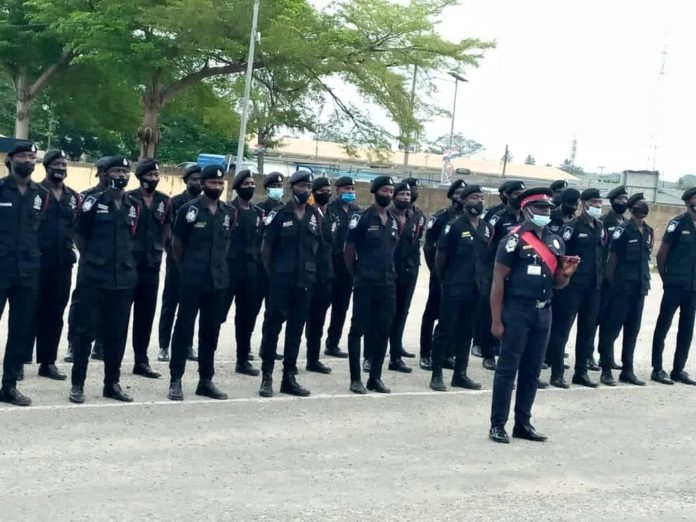 The Central Regional Police Command has pledged to go the extra mile to serve humanity and the nation even at the peril of their lives.

It would stand by its principles of protecting lives and property and respond to the call of service at trying times.

The solemn celebration observed with wreath laying at the Forecourt of the Regional Police Headquarters, was in memory of Fallen Police Officers who sacrificed their lives in the course of duty.

The Region had from 2016 to 2019, lost four police personnel in line of duty.
DCOP Twumasi-Sarpong, laid a wreath on Behalf of the Inspector General of Police (IGP), James Oppong Boanuh, DCOP Dennis Abade, the Second in Command, on behalf of the Regional Command while Mrs. Comfort Twuimidjor the President of Regional Police Wives Association, on behalf of the Association.

DCOP Twumasi–Sarpong said the Police Administration thought it prudent to recognize the sacrifices of all who paid the ultimate prize for Mother Ghana every year.

“We will visit the families of four of such who fell between 2016 and 2019 with gift and that would indicate to them that their heroes were part of an Organization that appreciates and honours its heroes” she added.

The Regional Commander encouraged the Police to stand firm despite the challenges associated with the work; “the criminals must not win, we will sail through successfully “she further stated.