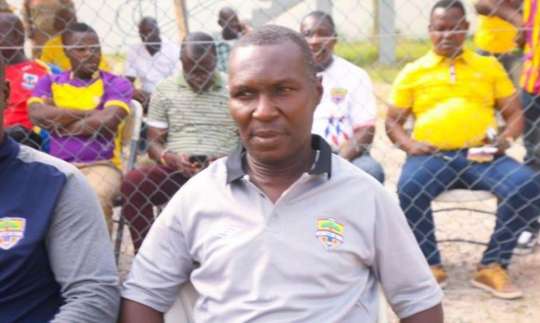 Coach Samuel Nii Odoom has assured fans of Accra Hearts of Oak that, the team remains resolute and forward- looking to annexing the league title that has eluded it since a decade ago.

He indicated they were still working on the team’s goal scoring ability to put it ahead and in a very good position to contend for the ultimate prize.

Coach Odoom was speaking in a post- match interview after their match day eight fixture played at the Nana Agyemang Badu I Sports Stadium with Aduana Stars on Sunday at Dormaa-Ahenkro in the Bono Region.

The game ended goalless, but Hearts came very close to winning with balls grazing the goal post on three occasions.

He said the team came with a plan to grab the three points at Dormaa to appease fans but that didn’t work, rating the performance of the team 75 to 85 per cent.

Responding to a question about why he did not make a change throughout the game, Coach Odoom said, “the boys played well in every department of the game, they played to instructions so I didn’t see the reason why I should make any substitution”.