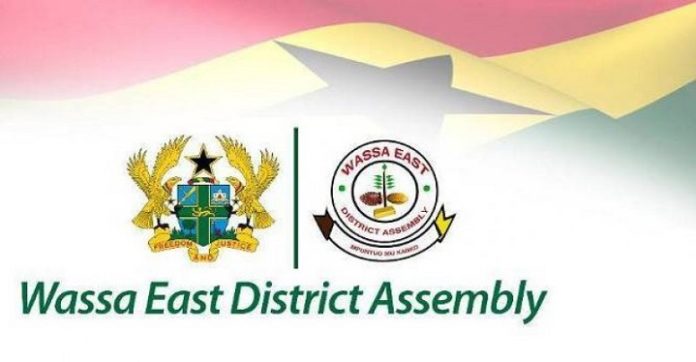 Wassa East District Assembly (WEDA) in the Western Region has organised a Town Hall meeting aimed at educating the public on the mandate and functions of the Public Relations and Complaints Committee (PRCC) and some selected departments within the Assembly.

The Town Hall meeting which was sponsored by the World University Service of Canada (WUSC), a Non-Governmental Organization (NGO) based in Ghana was to deepen the citizen’s understanding of the Local Government System to enable them to take advantage of the services provided by the Assembly.

District Chief Executive (DCE) for Wassa East, Mr Emmanuel Boakye noted that not everyone within the District had the opportunity to attend the Meeting and urged participants to share the knowledge acquired whiles spreading whatever information they gained.

He seized the opportunity to appeal to the people to put party politics behind them as they seek the common interest of the District and further urged them to pay their levies and property rates promptly to enable the Assembly to initiate and complete developmental projects.

Nana Samuel Essel-Badiako, Presiding Member for WEDA and Chairman of the PRCC announced that the Meeting was to fulfil constitutional obligations concerning the functions of the Public Relations and Complaints Committee as enshrined in Article 27 (1a,b and c) of the Local Government Act.

He enlightened that the Local Government Act calls for full participation of the citizenry and that sensitising the public on the duties and responsibilities of the PRCC was crucial to enable the public to forward any form of complaints to the committee to seek redress.

Mr Essel-Badiako assured that the PRCC shall comply with the rules of natural justice in the performance of the functions of the Committee and make recommendations to the Assembly in respect of its investigations for the appropriate actions of the Assembly.

Mr Richard Ackah, District Budget Analyst gave some highlights on some development initiatives undertaken by the Assembly and mentioned that Agriculture, healthcare, education, infrastructure and skill development were key on the agenda of the Assembly in transforming the fortunes of the District.

African Court places media at the epicenter of its operations