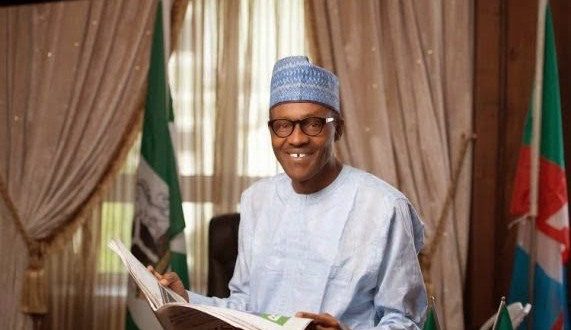 The Presidential Inauguration Planning Committee has outlined a week long activities for the inauguration of the President-elect, Gen. Muhammadu Buhari (retd.).

The committee is co-chaired by the Secretary to the Government of the Federation, Senator Pius Anyim; and a former Bayelsa State Governor, Chief Timpre Sylva.
Both of them addressed State House correspondents on Thursday at the end of the second meeting of the committee held inside the old Banquet Hall of the Presidential Villa, Abuja.
Anyim listed the programmes that have been outlined for the inauguration to include a Jumat service, an interdenominational church service, inauguration dinner, the swearing-in ceremony, a lunch and a gala night.
He however did not give the details of the dates and venues of the events.
He said, ?The inauguration committee has had two meetings thus far.
?The purpose of this press briefing is to present the programme to the public; seek their understanding, support and participation in the 2015 presidential inauguration.
?The committee has planned one week programme of activity each of which is as important as the other.
?They include ?press briefing, Jumat prayers, inter-denominational ?church service, inauguration dinner, ?swearing-in ceremony?, lunch immediately after the swearing-in ceremony and a gala night?.
?We have accordingly created sub-committees ?to focus on each activity. The co-chairmen and members of the sub-committees may now or later take their turns in briefing the public on their activities.?
Anyim explained that there are two parallel transition committees and inauguration committee.
He said the inauguration committee was structured to be a joint committee of the present administration and incoming administration.
Members from the outgoing government to serve in the committee include the Chief of Defence?, Air Chief Marshal, Alex Badeh; Minister of Federal Capital Territory, Bala Mohammed; Minister of Water Resources, Sarah Ochekpe; Minister of ?Aviation, Osita Chidoka; Minister of Culture, Tourism and National Orientation, Edem Duke; Minister of Lands, Housing and Urban Development, Akon Ayakenyi; and Minister of Foreign Affairs, Aminu Wali; Minister of Interior, Abba Moro.
Others are the representative of the oOffice of the National Security Adviser, Bello Fadile; the Inspector-General of Police; Minister of State Defence, Col. Austin Akobundu (retd.); Commander Brigades of Guards, Brig. Gen. A. B. Omozoje and Mrs. Ibukun Odusote, Permanent Secretary, Presidency (Office of the Secretary to Government of the Federation).
Members of incoming government are Timipre Sylva, (co-chairman), Chief Pius Akinyelure, Mrs. Abike Dabiri Erewa, Ms. Sharon Ikeazor, ?Prof. Tony Anwuka, Alhaji Kawy Baraje, Sen John Shagaya (rtd), Hadiza Bala Usman, Babagana Kingibe, Ismaila Isa Tuntua, Senator Binta Masi Garba, Mr. Babachir Lawal and Mr. Samson Osagie.
?The committee has the mandate to draw up programmes of activities for the inauguration ceremony; arrange invitations and accommodation for foreign and local dignitaries; organise approved programme of activities; draw up budget? for the programme of activities and coopt into subcommittees persons that may be necessary to assist in the discharge of activities.

Increase in activities contributing to HIV infections in Ghana