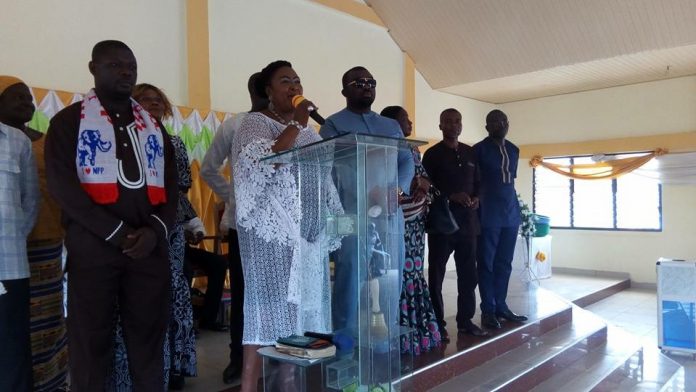 The Member of Parliament for Weija-Gbawe Constituency who doubles as Deputy Minister for Health, Hon. Tina Gifty Naa Ayeley Mensah has urged constituents in her Constituency to continue to pray for H.E Nana Addo Dankwa Akufo-Addo as they did during the electioneering period which got the NPP into power. 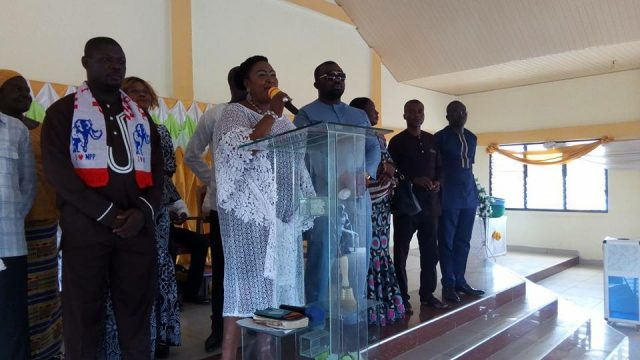 The elegant looking Member of Parliament and Deputy Minister for Health who was accompanied by the constituency executives, friends and members of the Party seized the opportune moment to urge the congregation and the entire constituents to pray for God’s guidance and wisdom for the President, H.E Nana Addo Dankwa Akufo-Addo as he delivers on all promises made to the good people of Ghana.

She likened the NPP government to a man who has newly rented an apartment, but needed time to arrange or park his belongings into the new apartment before he is able to settle, therefore her constituents and Ghanaians are to exercise patience to allow the NPP government space to fix the very problems created by the erstwhile NDC administration. “I am aware of the very problems which confront my constituents and I will work hard to solve them” she added.

However, the main purpose of her visit to the churches was to join hands with the congregation to thank the Almighty God for her election victory and that of the New Patriotic Party in the 2016 general elections. Prior to the general elections, the MP, who is a committed Christian and a devotee of Chirst paid a call on the congregation and appealed to them to pray and vote for her and the NPP in the general elections. According to the MP, her victory could not have been possible without their Prayers; therefore it is important that, she joins hands with them to thank God for the overwhelming victory.

The MP who did not want to be likened to the nine (9) lepers who were healed of their disease by Christ but failed to show appreciation by way of thanksgiving. She thanked God with an amount to show her appreciation to God for his blessings, guidance and favour.