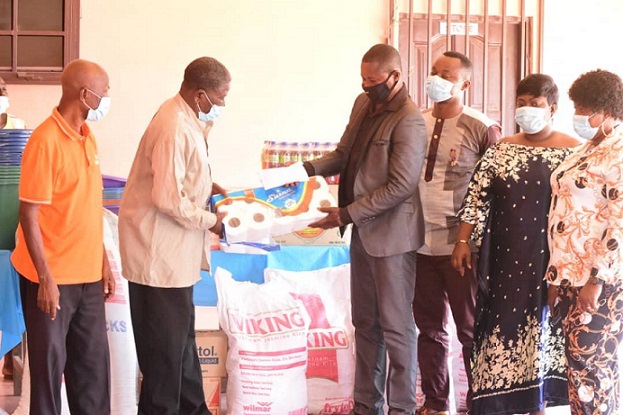 Apostle Emeritus Kwadwo Safo, the Head and Founder of Kristo Asafo Mission, has presented assorted items and an unspecified amount of money to the Weija Leprosarium in Accra.

Mr James Nsiah, a member of the Mission, who presented the items on behalf of the Founder, said the gesture was to support the inmates of the Leprosarium to meet some of their basic needs.

He said the donation also formed part of activities to mark the 50th Anniversary of the Kristo Asafo Mission.

The Leprosarium was part of the homes the Mission had been supporting over the years, he said, and it was proper to put smiles on their faces during the Mission’s anniversary.

Mr George Quansah, the Leader of the Leprosarium, who received the items, said the support would go a long way to assist the inmates at Weija and other leprosaria nationwide.

He expressed gratitude to Apostle Kwadwo Safo for the kind gesture and wished the Mission a successful anniversary.

“There is nothing for people to fear from a cured leper, and so I call for greater compassion on our mothers, fathers, brothers and sisters who have been abandoned by society even though they are cured,” he said.