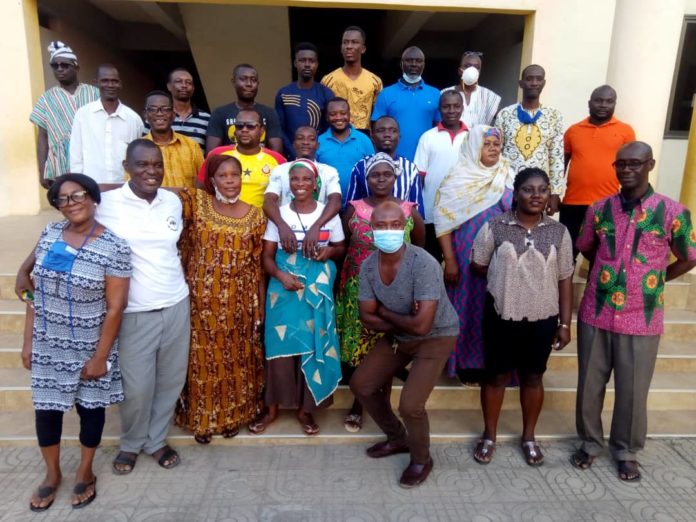 The Constituency Deputy Organiser of the National Democratic Congress (NDC) in Anyaa Sowutuom, Mr. Samuel Odarquaye Lamptey, has assured members of the party that their sacrifices would be rewarded when the party wins the Dec. 7 general elections.

According to him, the leadership of the party was please with their loyalty and enthusiasm towards party activities.

“I can assure you that all your sacrifices will be rewarded when we defeat the clueless New Patriotic Party (NPP) government come December 7 general election.

“The NDC is the party for the masses and hopefully John Mahama will be elected as President and Emmanuel Adotey Allotey will be going to parliament to represent the constituent,” he said.

Mr. Odarquaye Lamptey, popularly knowns as SO, gave the assurance when he and a executive member of the constituency, Mr. Eric Awoonor, inaugurated the Agape- Pentecost ward campaign team in Accra.

He said the NPP would suffer a heavy defeat in the election due to the untold hardship Nana Akufo Addo’s government had subjected Ghanaians to.

“What will determine the direction of votes are the insecurity challenges, job losses, pain, anguish and economic strangulation that this incompetent government has subjected Ghanaians to,” he said.

He further encouraged the members to identify the problems in the locality to enable the party to resolve when they are in government.

The Ward Coordinator for Agape Pentecost, Mr. John Mottey on behalf of the members of the campaign team pledged to work hard and in unity to enable the party defeat the NPP in the presidential and parliamentary elections.