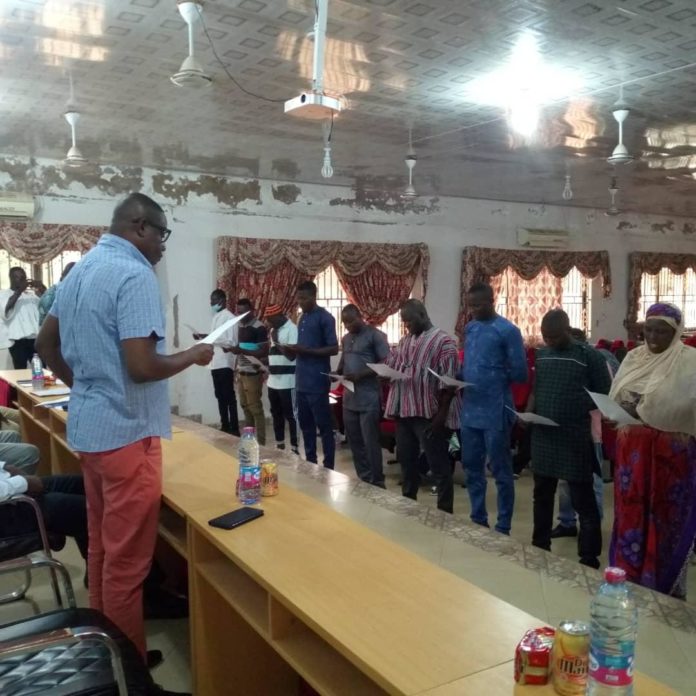 The West Gonja Municipal Assembly has inaugurated the Damongo Town Council, and Larabanga and Busunu Area Councils as part of efforts to ensure popular participation in decision-making in the area.

Mr Jibril Saeed Muhazu, West Gonja Municipal Chief Executive, who led the Councilors to swear the oaths of office and secrecy during the inauguration of the Councils at Damongo, Larabanga and Busunu, said it was to bring governance to the grassroot level to facilitate development.

The Councilors are expected among other things to collaborate with the Assembly Members, Chiefs and Opinion Leaders to authorise revenue collectors to collect revenues due the Assembly, monitor and supervise ongoing development projects within their jurisdictions, and prevent and control fire outbreaks including bushfires.

Mr Saaed Muhazu spoke about the COVID-19 pandemic and urged the Councilors to educate members of their communities on the disease to ensure that they strictly observed the President’s directives to halt the spread of the disease in the country.

Mr Mohammed Mumuni, Presiding Member of the West Gonja Municipal Assembly encouraged the Councilors to remain united and be committed for the development of their communities.

Mr Mumuni also called on them to educate their community members on their roles and responsibilities as citizens and be committed to the assignment to improve on the internally generated funds of the Assembly for the development of the area.

Chairmen of all the Unit Committees were elected and sworn into office during the inaugural ceremonies.