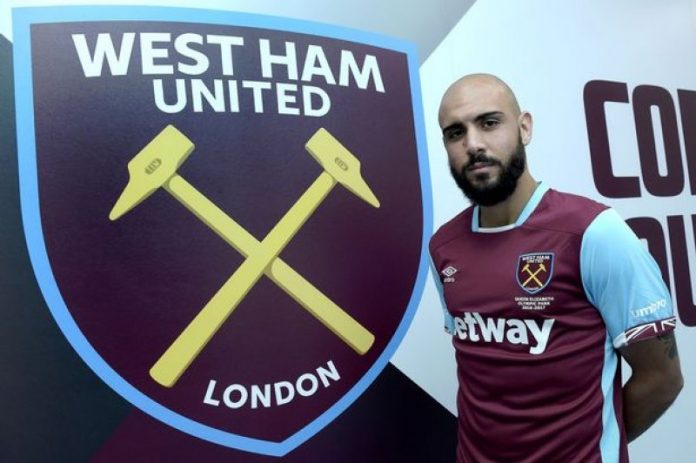 English football club West Ham United on Sunday confirmed the signing of Italy striker Simone Zaza from Juventus on loan with obligation to buy for 25 million euros ($27.9 million) plus bonuses.

“The 25-year-old forward joins the Hammers for an initial 5 million euros ($5.59 million) loan fee, with a permanent fee of 20 million euros ($22.3 million) automatically triggered after a certain number of English Premier League appearances this season, plus a further 3 million euros ($3.35 million) in contingent payments,” West Ham said in a statement.

“The signing again illustrates the Board’s commitment to reinvesting the revenue raised from the club’s move to London Stadium and building a squad commensurate with those stunning surroundings.

” A strong, quick centre forward blessed with powerful aerial ability and a lethal left foot, Zaza arrives in east London after helping Juventus win Serie A and featuring for his country at UEFA Euro 2016.

Zaza, who scored Juventus’ winner in the Betway Cup win at London Stadium earlier this month, cannot wait to get started under new chief coach Slaven Bilic. Zaza said: “I want to thank everyone for welcoming me including the fans and everyone at the Club.

I wanted to start a new experience and I feel this is the right choice for me. “I have been fortunate enough to have already played at the new Stadium with a different shirt.

It is a beautiful stadium and I felt the warmth of the fans and this was a big reason why I wanted to join the Club. “I want to become a better player and I know I can do that at West Ham.

Unfortunately we could not qualify for the Europa League, but I am hoping I can help the Club do that next season.” It’s the first foray abroad for Zaza, who spent his career at Atalanta, Sampdoria, Juve Stabia, Viareggio, Ascoli, Sassuolo and joined Juventus in 2015.

Last season, Zaza scored eight goals and provided two assists in 24 competitive appearances for Turin powerhouse Juventus, many of them off the bench.

This season, with the arrivals of Gonzalo Higuain and Marko Pjaca, Zaza would have further struggled for game time at Juventus.