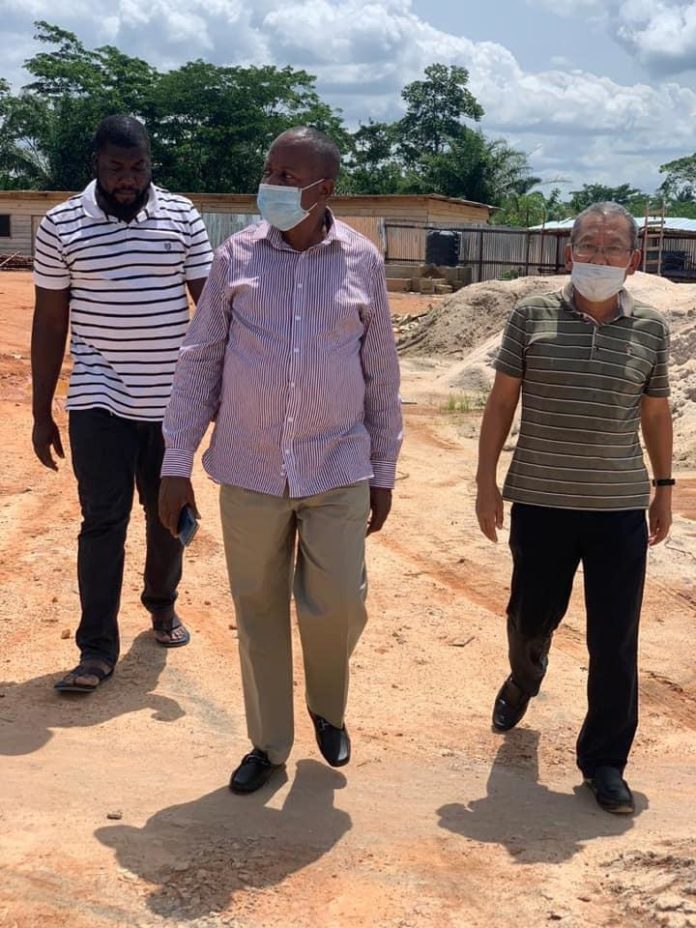 The project, which is under the watch of Ing. Chin Pok, a Chinese State Hualong Construction Ghana Limited and under the auspices of the Ministry of Regional Reorganization and Development is progressing steadily and is expected to be completed in a couple of months.

Speaking to the GNA after the tour, Mr Assuah said the visit was to ascertain and monitor the various stages of ongoing projects within the Region.

Some of the ongoing projects visited were the Regional Office for Electricity Company of Ghana (ECG).

Mr Assuah indicated that the Region had witnessed a fast progression of development within a very short period and that commendation of the government cannot be swept under the carpet.

According to him, the Western North Regional Office of the Electricity Company of Ghana (ECG) together with a warehouse were about ninety-five percent complete.

Mr Assuah on behalf of the people of the Region expressed great appreciation to the President for the creation of the Region which he said was something they had longed for in ages.

He appealed to the people of the Region to give the NPP government the second term come December 7, 2020 so as to further develop the new Region.