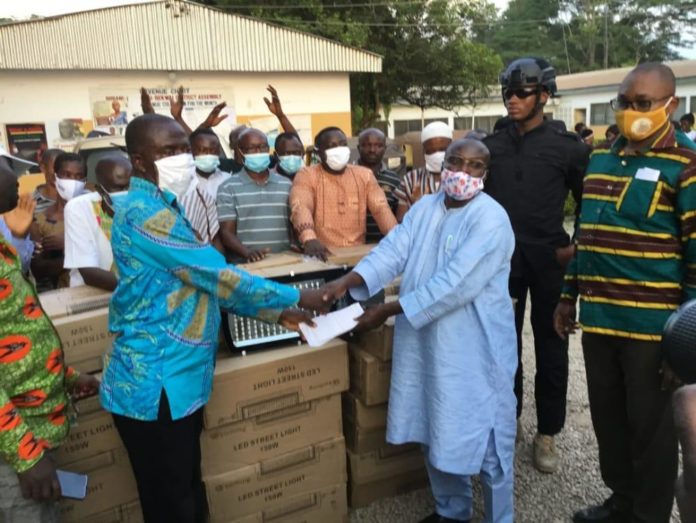 The Western North Regional Minister, Mr Kingsely Aboagye-Gyedu has presented street light bulbs worth GHC60,000 and a cheque for GHC40,000 to the New Patriotic Party (NPP) Constituency Executives to support the campaign activities.

The Regional Minister, who is also the Member of Parliament (MP) for Bibiani-Anhwiaso-Bekwai, presented the items to the Constituency Chairman of the NPP Mr Franklin Asibe Appiah-Kubi at Bibiani.

He said the donation was to help the leadership of the constituency to enhance their campaign activities in the Western North Region.

Mr Gyedu expressed the hope that the gesture would go a long way to lessen the financial burden on the party and pleaded with the party leadership to put the items to good use.

The move, the Regional Minister said was to win more parliamentary seats in the Western North Region in the December polls.

The Constituency Chairman, Mr Appiah-Kubi receiving the items on behalf of the party, thanked the Member of Parliament for the support and pledged it would be used to achieve the party’s agenda.