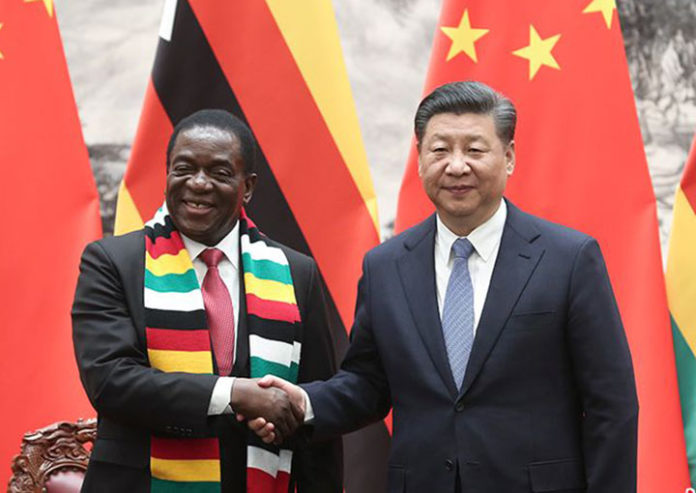 The World Food Programme (WFP) on Friday hailed China for helping provide food assistance to Zimbabwe, where people are benefiting from the country’s generosity during the lean season.

China has over the years provided assistance to thousands of hungry Zimbabweans who are affected by cyclone-induced floods and droughts.

WFP said on Twitter that it had managed to deliver the all important food to vulnerable people in the country through China’s assistance. Zimbabwe is facing its worst hunger crisis in more than decade.

With thanks to funding from China, WFP has delivered vital food assistance to almost 250,000 people so they can meet their daily food needs at the peak of the lean season, it said. “Thank you to the people of China,” WFP said.

China has come in as an important partner for Zimbabwe in its fight against hunger and during January-May period provided food assistance to Zimbabwe in an intervention WFP described as timely. “Severe drought and economic instability has hit Zimbabwe hard, driving 7.7 million people into hunger.

Zimbabwe has had two consecutive bad agricultural seasons, starting with poor and erratic rainfall in 2018/2019 coupled with flooding caused by Tropical Cyclone Idai in March 2019 and an equally bad 2019/2020 season.

The United Nations Food and Agriculture Organization said maize production in 2019 was 40 percent below the country’s five-year average, while on-going harvesting of staple cereals will also be poor.

Zimbabwe is one of three beneficiaries from China’s assistance following the signing of agreements between the Asian country and WFP in September 2019 to provide emergency food assistance to three Southern African countries. The other two countries are Mozambique and Namibia.

WFP noted that China has provided continual and concrete support to WFP’s humanitarian operations in various countries and regions in recent years, contributing significantly to WFP’s mission of saving lives and changing lives.

The organization in April made an urgent appeal for 130 million U.S. dollars to feed some 4.1 million Zimbabweans facing acute hunger, as the country also faces the impact of the COVID-19 pandemic.