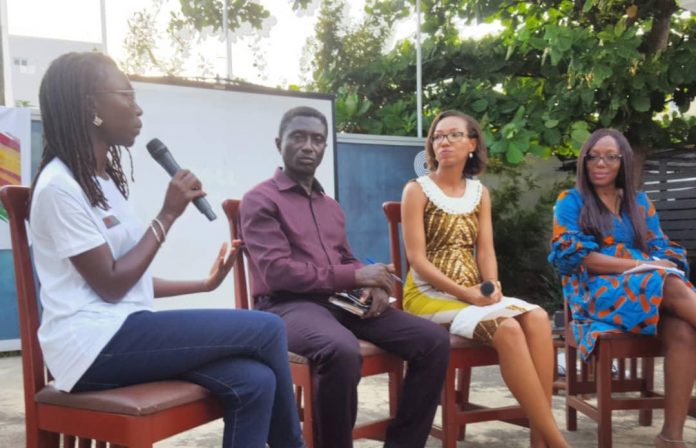 The Write Ghana Literary Initiatives (WGLI), a literary non-profit organisation dedicated to explore and document language and literature in Ghana, has held its maiden edition of Ghanaian Languages Literature Festival in Accra.

It was aimed at increasing the visibility of literature written in Ghanaian languages in mainstream society.

Some activities that took place during the festival included; a writing workshop on poetry and stories in Ghanaian languages, poetry performances, book readings, film screenings, a book fair and panel discussion.

Speaking at the festival, Ms. Nikitta Dede Adjirakor, founder of WGLI said the idea of awarding writers, was to produce, preserve and document literature in Ghanaian languages especially contemporary stories in their everyday lives.

“Our hope is that the Ghanaian Languages Short Story Prize becomes a prestigious as other prizes and this festival will create an accessible space that brings together authors, language enthusiasts, publishers, teachers, students and all Ghanaians”, she said.

The founder added that the festival would showcase and celebrate Ghanaian languages and also create a space to elevate the languages.

Professor Nana Aba Appiah Amfo, the Chairperson for the event said, the state had obligation to help develop the country’s languages because it is the nation’s heritage.

“We will encourage the team to continue with this and we will continue to advocate because our language is our heritage so let’s all preserve them and make them flourish”, she said.

“If we want to improve our local languages, we need to change our attitude as citizens and use our languages so that it will raise the prestige of our language. Studies have shown that if you teach a child using their native language it enables them to learn and understand better,” she said.

‘We need efficiencies to block loopholes in our tax systems’ – Economist

We need Regulations to control trans-fatty acids in Ghana – Lecturer

Ghana must produce basic foodstuff instead of depending on others – Prof. Darkwah