News Ghana
Home Opinion What A Funny Country We Live in 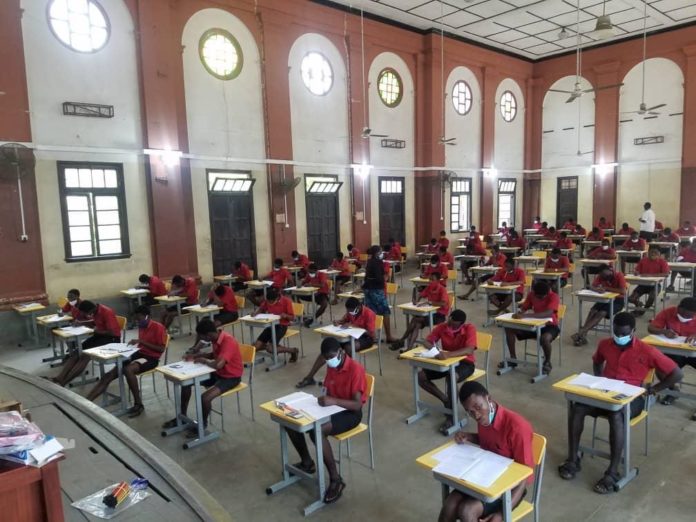 Students in some Senior High Schools in Ghana expressed their frustrations over how difficult some of their WASSCE papers were, the actions of these students were awful and no one could have expected these young lads to perpetuate such unspeakable acts.

The students felt destruction of school property and raining insults on authorities were the only means they could communicate their grievances to the nation simply because they failed to study and “apor” swerved.

The question is, can a crab father a bird? It is said that the one behind learns the footsteps of the one ahead. The old in society are automatically role models for the young whether they are conscious of it or not. So, if we live in a society where public figures; entertainers, government and political party officials, MPs, etc. are not mindful of the implications of their actions on young ones, then we are in trouble.

These students had the audacity to do what they did because, they have seen political party sympathizers involved in riots, members of parliament insult in plain sight and on radio and nothing happen to them. Even entertainers insult each other on social media in the name of “beef”, oh boy, even pastors these days are involved in such “beefs” on social media. And there are no ethical and moral codes to check these notorious citizens who are a threat to young ones. The morality of many of our old is questionable these days. How a commercial vehicle driver will insult his colleague for an error done is amazing.

It was indeed amazing how hypocritical the old in society called on Ghana Education Service and relevant institutions to sanction these students to deter others from doing same. GES did not hesitate; it publicly announced the sanctions given to the students caught destroying school property and those who rained insults on authorities. And this was commendable and great.

But it is said in the Akan language that “Abaa aa y3 de b) Takyi no 3no aa na y3 de b) Baah“. Some so-called honourable MPs could insult on radio with huge listeners and do not even have the courage to apologise and are let off the hook. And it is sad that parliament has no codes (If there are then it is practically dead) in relation to ethics and morality to bring to order some of its members. During this ended voter registration, party sympathizers were seen disrupting the activities of the electoral commission, these guys go scot-free. Ghana today is like a Senior High School-like society, where you hardly see seniors being punished by colleague seniors, what a funny country we live in.

So, with the same enthusiasm, why don’t we condemn the behaviours of some of our leaders in society and not just condemn but base on ethics and morality find appropriate sanctions to them. I hope that oneday political parties ask their communicators and officials not to insult their opponents and anyone who do so would be stripped off his or her position and would not be allowed to hold any official position in the party. Also, it can be suggested that Parliament and other institutions (both government and non-government) have practical codes of conduct that would cause their members to resign and must not be allowed to work or hold any position in such institutions. This is enough to deter any young boy or girl from such immoral and unethical behaviours. It is enough to teach our children that we are a serious society and need to respect each other regardless. Until the old and authorities accept, they have failed in relation to instilling good morals in our children and begin to find appropriate sanctions to correct their colleagues these immoral behaviour among the young will not end.

Adomako Francis Twum-Barima is my name