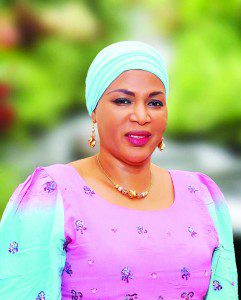 For sometimes now, multiple-award winning strategist and a United Nation Peace Ambassador, Hajia Habiba Abubabar has not been on AWOl both from the social media and from social functions. Some of her followers on Facebook, Twitter and Whatsapp have been asking series of questions on her whereabouts. The respected woman of essence we scooped has been busy traveling from one country to another, trying to discover new things that will be of benefit to her country. When we called her, she confirmed to us that, she has not been active on social media but very busy with businesses. In fact, she promised she would soon bounce back in style.

Government urged to prioritise the right of all people to food

We must create a society for girls to be free from discrimination, , abuse

Where Are The “Ghosts” – CLOGSAG Asks Finance Ministry

And Where Is Ghana’s Oil Cash?