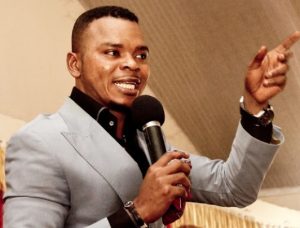 Founder and General Overseer of the International God?s Way church, Bishop Daniel Obinim, says he is unperturbed by the recent public criticism of his actions since, ?even, sinless Jesus was criticised?.

Using a biblical anecdote to explain his point, the controversial pastor said: ?Even Jesus who never married or had sex with anyone was accused of rape and several other crimes at his trial before his death ?.

He added: ?Even more painful, when the account of his death was being written, Isaiah (Prophet), wrote that he was counted among the sinners and even rapists.?

?If you are a man or woman here, why must you be worried about what is written against you? Even He (Jesus) was accused. What was more painful against him was the rape charge; when He never married,? he told his congregation in a televised service, Saturday.

He noted: ?God will intervene for us, I won?t speak again?.

Schwarzenegger took on the founder of the International God?s Way Church, in devastating fashion last week, dressing down the pastor as a fake man of God.

Schwarzenegger also described Obinim as a corrupt man and a disgrace to the Ashanti region where they both come from.

Her vituperative attack widely circulated on social media and Youtube came after the pastor insulted her during a church service to the delight of his congregation.

Bishop Agyenta prays for the soul of Veep’s mother