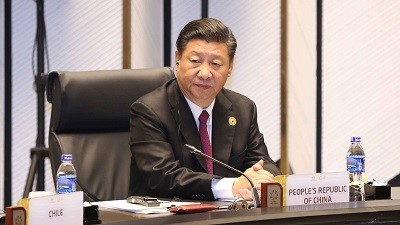 The year 2018 was destined to be extraordinary, as it marked a decade after the bitter global financial crisis swept the world and a century since the end of World War I, with rare and great changes lying ahead.

Walking together away from the past crisis and calamity, human beings have yet to make choices between cooperation and confrontation, between opening-up and protectionism, and between win-win and zero-sum results.

Despite turbulence and challenges during the year, China remained on its own track of development, celebrating the 40th anniversary of its reform and opening-up and striving to chase its two centennial goals, while the diplomatic endeavors made by Chinese President Xi Jinping, or Xiplomacy, impressed the world deeply.

Portugal, where “the land ends, and the sea begins” as Portuguese poet Luis Vaz de Camoes described, was the last stop of Xi’s overseas journey in 2018.

The 17 cooperation documents and a memorandum of understanding on Belt and Road cooperation signed there drew wide attention. U.S. newspaper Los Angeles Times commented “Portugal is embracing China’s ‘One Belt, One Road’ initiative,” while German radio station Deutschlandfunk noted that Portugal has been part of the Belt and Road.

More than five months ago, Xi visited the United Arab Emirates (UAE), his first overseas visit since his re-election, during which China and the UAE also signed a memo on jointly building the Belt and Road.

Broadening opening-up was a consistent theme of Xiplomacy in 2018. From the Boao Forum for Asia annual conference, the Shanghai Cooperation Organization (SCO) summit, the 10th BRICS (Brazil, Russia, India, China and South Africa) summit in South Africa and the China International Import Expo, to the APEC and the Group of 20 summit, China made loud its commitment that the door would only open even wider.

In June, Russian President Vladimir Putin attended the SCO summit in Qingdao, where Xi awarded him the first-ever Friendship Medal of the People’s Republic of China. Three months later, Xi participated in the Eastern Economic Forum in Vladivostok.

In July, Xi kicked off his trip to the Middle East and Africa with the UAE as the first stop. About a week earlier, at the eighth ministerial meeting of the China-Arab States Cooperation Forum in Beijing, both sides agreed to establish a Sino-Arab future-oriented strategic partnership of comprehensive cooperation and common development.

Over a month before the Forum on China-Africa Cooperation Beijing Summit in September, Xi conducted his fourth visit to Africa as president. “Senegal takes a positive view of China’s role in Africa … for its contribution to peace and stability and equally … for the financing of budgets,” Senegalese President Macky Sall was quoted as saying.

In January 2018, the second ministerial meeting under the framework of China and the Community of Latin American and Caribbean States (CELAC) Forum was held in the Chilean capital of Santiago, promoting bilateral ties and building momentum to the Belt and Road development in Latin America. From the end of November to the beginning of December, Xi visited Latin America, and co-construction of the Belt and Road was a mainline of the trip.

Despite vicissitudes of international circumstances, China has sticked to its commitment to peaceful development, win-win cooperation and multilateralism.

China-U.S. relations went through a challenging time in 2018, when head-of-state diplomacy once again guided bilateral ties through critical moments.

The meeting between Xi and U.S. President Donald Trump in Buenos Aires in December, which lasted for two and a half hours, pressed the pause button on China-U.S. economic and trade frictions, and moved forward bilateral ties which are underpinned by coordination, cooperation and stability.

Regarding the relations between China and its neighbors, the year 2018 witnessed a positive momentum.

China and India created a new model of high-level exchanges. China-Japan relations were brought back to the right track and made new progress. The friendship between China and the Democratic People’s Republic of Korea (DPRK) was vitalized by three visits to China by the DPRK leader. Relations between China and the Philippines made a U-turn, marked by the signing of the Memorandum of Understanding on Cooperation on Oil and Gas Development between the two governments in November.

In 2018, China clearly voiced its support for promoting cooperation and safeguarding order and rules, as well as upholding the spirit of partnership on various occasions amid divergence and confusion in the world.

During the G20 summit, Xi met with world leaders and heads of international organizations, who expressed their appreciation of China’s propositions.

In his meeting with Xi in November, Philippine President Rodrigo Duterte said China has stood on the right side of history in dealing with international affairs. Enditem

CPC maps out further steps on path to common prosperity

China one of world’s safest countries