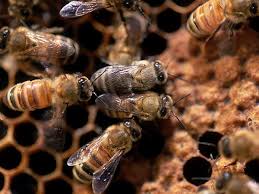 In July this year, as I stood under the giant baobab tree on our farm in my home village of Mognori in the Bawku Central Municipality, I asked my brother a simple question “where have the bees gone?”.

Indeed, for several decades, there used to be swarms of beehives within holes in the baobab tree, where millions of bees sheltered.
Some other giant trees in the village were also housing the bees.

Due to the large population of bees then, many villagers entered into beekeeping (apiculture) with assistance from some civil society organisations.

Back then, the farmers, were making good money from the sale of the pure honey harvested from their beehives as some of them in the village were also into sunflower production for industrial use.

Aside that, they were enjoying bumper harvest from their crops, thanks be to the active pollination of the crops by the bees.
These all went a long way to create sustainable livelihood for the farmers.

Bees are pollinators of crop plants, thus they transfer pollen grains from the anther to the stigma of the same flower or different flower of the same plant species, leading to fertilisation.

Globally, bees as pollinators are essential in ensuring food and nutrition security.

According to the Food and Agriculture Organization (FAO) pollinators such as bees, birds and bats, affect 35 per cent of the world’s crop production, increasing outputs of 87 of the leading food crops worldwide, plus many plant-derived medicines.
Three out of four crops across the globe producing fruits or seeds for human use as food depend, at least in part, on pollinators.

Now the bees’ population story has changed in Mognori.

Over the years, the bee population in the village has declined dramatically (Colony Collapse Disorder).
The holes are still there on the baobab tree, but with few bees in them.

Sadly, no single farmer is practising apiculture in the village again. Crop yields have also declined with most farmers abandoning millet production and taking up maize production. My brother, who is a local farmer, told me the chemicals, had destroyed the once vibrant beekeeping industry in the village.I decided to probe further from him as to how chemicals can send bees packing from the village.

Causes of their disappearance
He explained that in recent years, many crop farmers in the village had taken to the use of weedicides and pesticides to control weeds and pests respectively on their farms.

When these chemicals enter the food value chain, whether through animals or fishes and crops, they eventually pose danger to the lives of consumers.

The story of chemical farming in Mognori is similar in many farming communities in Ghana.

Life is not easy for bees.

They have to contend with the deadly effect of pesticides and weedicides on their dwindling population.
The biggest danger to their survival is the massive destruction of their ecologically habitat, especially where they feed on nectar from flowers.

In addition, climate change is having negative impact on bees and other pollinators.Many people are afraid of bees because they have stingers that hurt their victims.

In fact, some people are allergic to the venom from bees stings, which sometimes leads to untimely deaths of their victims.
Although their stings can lead to death, they should not be considered as extremely dangerous.It is worth noting that bees usually do not attack humans unprovoked.

A study by Stein et al (2017) in Burkina Faso, showed that pollination by honeybees and wild bees significantly increased yield quantity and quality on average up to 62 per cent, while exclusion of pollinators caused an average yield gap of 37 per cent in cotton and 59 per cent in sesame.

Aside the pollination agent benefits, there are other numerous benefits bees to humanity.

It can be sold locally or exported to other countries to generate foreign currency for the nation’s socio-economic development.
Honey is very nutritious for human consumption.

Voellar and Nieh (2015) maintained that it is clear that the conservation of bees and other pollinators is an urgent issue.

The FAO reiterates the global decline in bee populations poses a serious threat to a wide variety of plants critical to human well-being and livelihoods, and countries should do more to safeguard bees, a key allies in the fight against hunger and malnutrition.

Civil society organizations must step efforts to protect the dwindling bee population through the promotion of apiculture.
Indeed, the rate at which bee population is dwindling is serious and if care is not taken, one day African countries, will have to import bees from Europe and the Americas.

It is high time Ghana and other African countries take a critical look at the issue of protecting bees in order to safeguard their agriculture wealth.