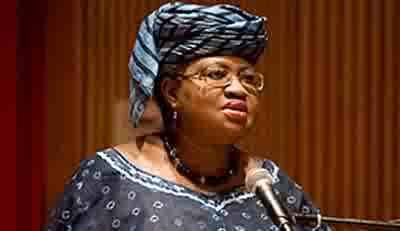 The Nigerian Minister of Finance, Dr Ngozi Okonjo-Iweala, has debunked allegations currently circulated in the media that the sum of 24 billion Naira is not missing from the Police Pension Fund.

The Minister said that the alleged missing money was discovered to be an over-estimation of pension?s arrears.

A statement by the spokesman for the Minister, Paul Nwabuikwu, said that Dr Okonjo-Iweala made the observation while briefing the Senate Joint Committee on Pensions Administration in Nigeria.

The Minister, who is also the Coordinating Minister of the Economy, also said that she had ordered the account frozen to prevent fraud based on reports of suspicious transactions.

?The money was subsequently returned to government coffers as is the standard practice,? the statement read.

The Director General of the Pension Transitional Arrangement Department (PTAD), Mrs Nellie Mayshak, had told the House of Representatives? Public Accounts Committee during a probe that ?no documentary evidence? existed on the whereabouts of 24 billion Naira released from the Service Wide Vote in 2010 for the Police Pension Fund.