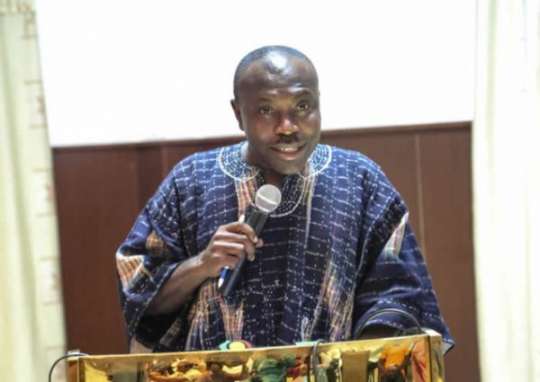 He however asked the Minority Leader to apologise to Ghanaians for a walkout staged by the Minority National Democratic Congress (NDC) Caucus, just as the Ghana National Anthem, which was then playing, and the President was about to begin his address.

President Akufo-Addo, on Thursday, February 20, 2020 delivered through Parliament the fourth and the last SONA of his first term before the nation would go for general election next December.

The State of the Nation is an annual address to Parliament given by the President of the Republic of Ghana covering economic, social, and financial state of the country according to Article 67 of the 1992 constitution of Ghana.

After staging the walkout, the Minority later explained its action, citing undue delay by the Government of Ghana in the release of their share of the Common Fund for the third quarter of 2019’ what it called the “fascist and authoritarian tendencies that have conspired to threaten the health of the country’s democracy,” and the decision of the Government to compile a new Voters’ Register against public outcry, as some the reasons for the walkout.

The Minority thereafter sat in silence at the plenary, without participating in the debate, with only members from the Majority Side of the New Patriotic Party (NPP) making contributions to the debate.

The abstention of the Minority from contributing to the debate on the SONA, led Mr Emmanuel Armah-Kofi Buah, for Minister of Energy; and MP for Ellembele, to organise an interview for which most accredited journalists to the House abandoned coverage of proceedings of the debate on the SONA.

The action of the journalists irked the Majority Leader, and the Speaker who cautioned the journalists that they were his guests, threatening to have their accreditation withdrawn if the practice should continue.

The caution was met with a backlash from the public, following which a truce is being worked on by the House and the press.

Mr Anim, who identified himself as the Chairman of the Planning Committee of the 2020 SONA thanked all: the Speakership, the Majority and the Minority Leader, the MPs, the Clerks and all who made the delivery of the 2020 SONA a success.