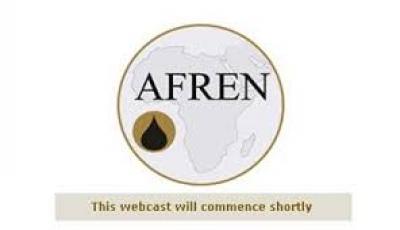 Stories by Tony Nwakaegho
Afren Plc., a United Kingdom-listed oil firm, said it would ear­mark its first oil from the Okoro Further Field Devel­opment, Aje and Okwok oilfields offshore Nigeria in 2015.
The company in its interim management statement and fi­nancial results released recently in accordance with the reporting requirements of the EU Trans­parency Directive for the nine months ended September 30, 2014 and an update on its operations year-to-date 2014 said the Final Investment Decision (FID) sanc­tioned on Okoro Further Field Development and Aje would be sealed by the end of this year.
The statement stated that the installation of the Ebok Central Fault Block Extension platform is expected in Q4 2014, while batch drilling on Ebok North Fault Block is underway. The Wellhead jacket fabricated at Okwok would be installed in Q4 2014.
The results highlighted that the average net production for the nine months to September 30, 2014 at 31,377 barrels of oil equivalent per day (bopd), with full year 2014 net production guidance range (excluding Barda Rash) maintained at between 32,000 to 36,000 bopd with new in­cremental production wells are now on-stream.
The results further showed that profit after tax of $167 mil­lion, compared to $129 million in Q3 2013 reflected tax exemption at Ebok offsetting reduction in pre-tax profit and revenue.
Afren disclosed that the bal­ance sheet remains strong with net assets of $1,981 million, add­ing that drilling campaign was underway on OML 26, with drill­ing ongoing on the second pro­ducer with a third producer to spud in late 2014.
Commenting on the results, the Interim Chief Executive Officer of Afren, Mr. Toby Hayward, said the company?s board was pleased to have received the results of the independent review by Willkie Farr and Gallagher (UK) LLP (WFG), adding that the board is in the process of implementing its recommendations.
?Management remains fo­cused on operational perfor­mance, having made good prog­ress on our core development projects in Nigeria, which are ex­pected to drive significant growth in production and cash flow in the medium-term. We are moving forward with our play-opening discovery at Ogo, while we con­tinue to de-risk an exciting set of exploration opportunities across our portfolio,? Hayward added.
Afren delivered average net production (excluding Barda Rash) in the period to 30 Septem­ber 2014 of 31,147 bopd, compared to 48,305 bopd in Q3 2013 and below the company?s full year production guidance range of be­tween 32,000 to 36,000 bopd.
?This was principally due to the on-going delays with the in­stallation of the Ebok Central Fault Block (CFB) extension due to adverse weather conditions and additional downtime at OML 26 in July, as a result of repair work by Shell Petroleum Devel­opment Company, (SPDC) on the Trans Forcados pipeline.