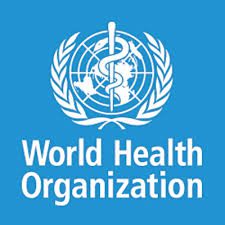 The World Health Organisation (WHO) has urged countries affected by the 17 Neglected Tropical Diseases (NTDs) to scale up their investment in tackling those diseases to improve the health of more than 1.5 billion people. This investment would represent as little as 0.1 per cent of current domestic expenditure on health in affected low and middle income countries for the period 2015-2030.

NTDs cause blindness, disfigurement, permanent disability and death, particularly among the poor.

WHO?s new report; ?Investing to Overcome the Impact of Neglected Tropical Diseases,? which was made available to the Ghana News Agency on Friday, outlines an investment case and essential package of interventions for these diseases.

The report highlights progress made in recent years, largely attributed to a scale-up of control interventions in reaching the poorest. For example, in 2012 alone, more than 800 million people were treated for at least one neglected tropical disease.

It said eradication of this disease was achievable with continued effort and investment.

The report sets specific investment targets for many of the 17 diseases; it stressed that countries must make firm and sustainable budgetary commitments if they were to meet WHO targets and accelerate progress.

It said annual investments would continue to decrease as diseases were reduced or eliminated, stating that this added up to a total investment of $ 34 billion (over 16 years) and excluded cost of donated medicines and other in-kind contributions.

It noted that by 2017, the number of people receiving preventive treatment for at least one of the diseases should reach 1.5 billion.

It said as diseases were reduced or eliminated, the number of people needing and receiving treatment would obviously fall.

The report said early detection of some NTDs would allow more children to continue school and adults to work while reducing the costs associated with treating more advanced forms of these diseases.