Dr Tedros Adhanom Ghebreyesus, Director-General, World Health Organization (WHO), has congratulated all involved in bringing an end to the 12th Ebola outbreak in the eastern Democratic Republic of the Congo (DRC).

The Director-General in a message, which was made available to the Ghana News Agency by the WHO, stressed the need for continued vigilance to prevent a return of the disease and in containing other health challenges.

“Today’s declaration of an end to the latest Ebola outbreak in the in Democratic Republic of the Congo is a testament to the professionalism, sacrifices, and collaboration by hundreds of true health heroes, in particular the Congolese responders,” said Dr Tedros.

“The World Health Organization is committed to helping national and local authorities, and the people of North Kivu, prevent the return of this deadly virus and to promote the overall health and well-being of all at-risk communities.”

The latest Ebola outbreak started in North Kivu in February, coming nine months after an earlier outbreak in the same province was declared over.

It was the country’s fourth under three years.

Dr Tedros said the return earlier this year of the virus underscored the persistent health threats that people in North Kivu faced, and the need for all involved in promoting and protecting public health to remain vigilant in the face of Ebola, as well as COVID-19, measles, cholera and other challenges confronting communities, all within a difficult climate marked by violence.

In the latest outbreak, now declared over, 11 confirmed cases and one probable case, six deaths and six recoveries were recorded in four health zones since 7 February.

Genome sequencing results found that the first case detected was linked to the earlier outbreak, but the infection’s source is yet to be determined.

The response was coordinated by the Provincial Department of Health in collaboration with WHO and partners.

WHO had nearly 60 experts on the ground and as soon as the outbreak was declared, helped local workers to trace contacts, provided treatment, engaged communities and vaccinated nearly 2000 people at high risk, including over 500 frontline workers.

While the latest outbreak is over, there is a need for continued vigilance and maintaining a strong surveillance system as potential flare-ups are possible in coming months, WHO said.

It said it was equally important to keep improving infection prevention and control in health facilities to prevent all infectious diseases, and to keep supporting Ebola survivors through dedicated rehabilitation programmes.

WHO said such actions must be supported by dedicated efforts to improve the persistent challenges posed by insecurity and armed violence in the North Kivu region. 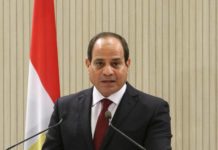