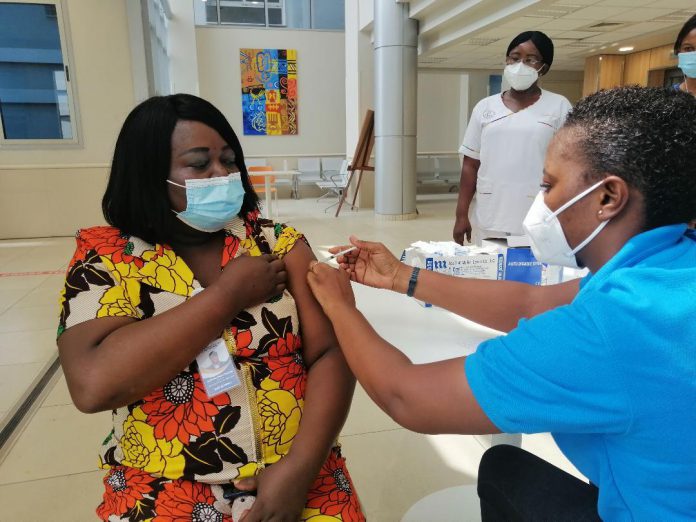 The World Health Organisation (WHO) has commended Africa for progress made in vaccinating its citizens against the COVID-19 pandemic.

Speaking at a virtual press conference, facilitated by APO Group, Dr Matshidiso Moeti, the WHO Regional Director for Africa, said even though Africa received the vaccines late and in limited quantities, it was impressed with the level of grounds covered.

“Although Africa received vaccines late and in limited quantities, a lot of ground has been covered in a short space of time. This is due to the Continent’s vast experience in mass vaccination campaigns and the determination of its leaders and people to effectively curb COVID-19,” he said.

“Compared with countries in other regions that accessed vaccines much earlier, the initial rollout phase in some African countries has reached a far higher number of people.”

African countries have accessed vaccines through the COVAX Facility, bilateral deals and donations.

Through the COVAX initiative, which is co-led by the Coalition for Epidemic Preparedness Innovations (CEPI), Gavi, the Vaccine Alliance, and the WHO in partnership with UNICEF, over 16 million vaccine doses have been shipped to 27 countries.

Ghana has administered over 420,000 doses and covered more than 60 per cent of the targeted population in the first phase in the Greater Accra region, the hardest hit by the pandemic.

In the first nine days, it is estimated the country delivered doses to around 90 per cent of health workers.

In Morocco, more than 5.6 million vaccinations have taken place in the past seven weeks, while in Angola, vaccines have reached more than 49,000 people, including 28,000 health workers in the past week.

To ensure the most impact, initial vaccine doses are being limited to priority population groups including health workers, older people and people with health conditions placing them at higher risk of severe COVID-19 illness.

While the rollout is going well, there is an urgent need for more doses as Ghana, Rwanda and other countries are on the brink of running dry.

Dr Moeti said there was, therefore, an urgent need for doses to be made available to maintain the pace of the vaccination exercise.

“Countries are clocking an impressive vaccination pace, but we must ensure this speed doesn’t slow down to a crawl,” he said, adding that: “Additional supplies are urgently required to narrow the gap between the vaccinated and the unvaccinated.”

A few countries in Africa have halted or postponed their use of the AstraZeneca vaccine, following the suspension of the vaccine by some countries in Europe.

This precautionary measure is based on reports of rare blood coagulation disorders in some people who had received the vaccine.

The suspension is with regard to one specific batch of the AstraZeneca vaccine, which has not been distributed to Africa.

WHO’s Global Advisory Committee on Vaccine Safety said it was carefully assessing the reports on the Oxford-AstraZeneca vaccine to gain full understanding and would communicate its findings.

Based on what was currently known, it considered that the benefits of the AstraZeneca vaccine outweighed its risks and recommended that vaccinations continue.

Vaccinations are occurring as more than four million COVID-19 cases have been reported in Africa, with 43,000 new cases in the past week and 108,000 lives lost.

In the past month, new cases have decreased by 41 per cent compared with the previous month, however, there is an upward trend in 12 countries including Cameroon, Ethiopia, Kenya and Guinea (where an outbreak of Ebola is also ongoing).

Also on hand to answer questions was Dr Richard Mihigo, the Immunization and Vaccine Development Programme Coordinator, WHO Regional Office for Africa.