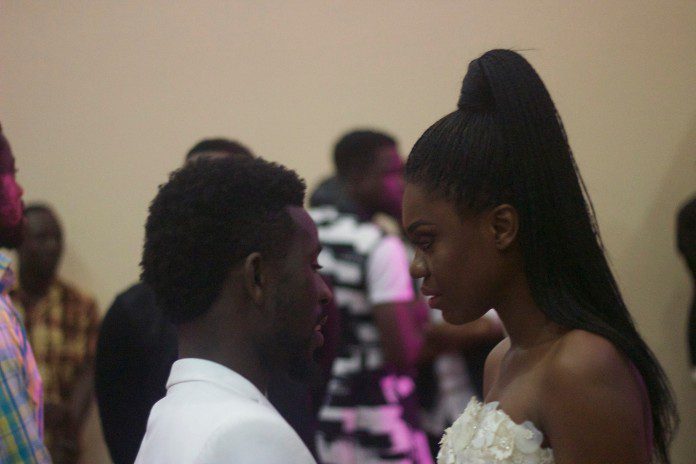 Whoever imagined the sudden split of the inseparable duo in the entertainment industry? Kiki Banson and Becca, who made everyone jealous about how smooth and charming they went around in their field of work.

The news which came as a shock to many, still gets fans wondering why they parted ways even though both have explained in the media that, the reasons behind their separation was for a good cause.

According to the sensational music icon, the fact that they are no more working together as business partners, does not mean Mr. Banson had become an enemy and voiced out that she still seeks pieces of advice from him anytime because they separated on a good note.

On the side of his former manager, Mr. Banson has also explained that, there was no evil relation between them and that their separation was based on mutual understanding.

Despite all these confirmations from both, fans seem not to comprehend their unexpected split since they made a great impact in the music terrain.

They became the talk of town with their alleged love story which until now no single individual can come out to prove a thing; the creativity, professionalism, maturity, branding, international collaborations, business deals, awards and oh! not forgetting the most laudable Girl Talk Concert.

Wait a minute! This year will mark the 5th edition of the Girl Talk Concert which for the past years has won the hearts of ladies in and across Ghana. The concert, usually staged for only females, even attracted some males to dress like females and find their way to the auditorium.

However, it has been rumoured that, Mr. Banson and his EKB records have been level-headed with the separation of their artist, and are back for good. Their comeback, comes as good news to all because, not only are they going to produce good hits but the thousands of Girl Talk Concert patrons will experience another mega concert with Becca as the headliner for this year.

If that is not the case as many have speculated, then we are most likely to expect a different act from the music industry to take over from the songstress.

So if Mr Banson decides to stage this year?s concert with a different headliner, then who is that artist? Is she ready to mount the big stage and make the show hers? How sure can the artist be accepted by the show lovers? Can the artist live up to expectations compared to the standard that Becca has raised? Will the appearance of the new headliner flop the show or make it even more super?

These and many unanswered questions are what fans of The Girl Talk Concert are pondering on.

Will it be the indefinable Becca or another show stopper from the entertainment sector?